Last Monday I spent the whole day writing an assignment for my online course on cathedral architecture, about 14th century Lady chapels. It was one way to spend a Bank Holiday, I suppose, but that was why I didn't give you a Grammar Grandma post. I have spent most of today dealing with admin attendant on our house move, four months after it happened. One of the many reasons we intend never to move again.

I'm starting another online course, on the Wars of the Roses on 26th so there might be further hiatuses  but I am much more comfortable with that material, Plantagenets being like mother's milk to me, so I hope not to be so distracted. 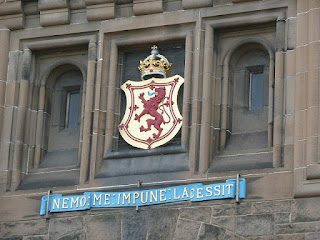 And so to today's question, "who needs Latin?" Educational policy-makers decided decades ago that most of us didn't and dropped it from the curriculum of State schools long before their was a National one. If you went to an independent school, as I did (on a scholarship), the opposite decision was made. The two forms both started with French for a year and then the A stream added Latin and the less clever form were taught German. Isn't that disgraceful?

It took a while for me to fall in love with Latin but I chose to do it at A level and added Classical Greek a year later. I can honestly say I use them every day. But Latin is now seen as a great divider. Only horrible, snobbish, privately-educated people like Jacob Rees-Mogg and Boris Johnson use Latin tags and they do it to show off and make other people feel inferior.

You might well feel you know no Latin and never use it but if you've ever said or written "et cetera" or used "e.g". to mean "for example," had a "bonus"at work in addition to what you were paid "per annum," or even said a sporting event was one team or person "versus" another, you are using Latin.

You might talk about being "pro-" one political party and "anti-" another. You might take it for granted in reading or watching a crime story that suspects will have an "alibi." The victim of a murder will be subject to a "post mortem." A criminal might use an "alias." 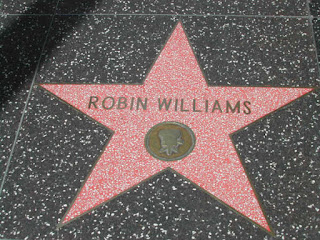 And if you're a fan of the film Dead Poets Society, you will surely know "Carpe diem," usually translated as "seize the day," though the verb is more like "pluck" as you would do a flower. Your meetings at work will certainly have an "agenda" and you might need to analyse "data."

This "dead" language certainly gets about.

Word of the Week: Consort

A "consort" is the spouse of a reigning monarch, at least in the UK. Only Queen Victoria's husband, Prince Albert, has been officially styled as "Prince Consort;" the recently deceased Prince Philip was never given that honour. Indeed for ten years he wasn't a prince; although born one, he renounced all titles along with his Greek citizenship before marrying Princess Elizabeth in 1947 and was styled HRH the Duke of Edinburgh until 1957 when he was again given the title of "Prince."

Of course "consort" can also be a verb, usually with a rather negative association, as Oxford defines it: "habitually associate with (someone), typically with the disapproval of others."

Yes, I did Latin at school in the mid/late '60's. I've always very much appreciated how it gave me a chance to identify some of the roots of today's English language.

The first Latin words taught were... amo, amas, amat. That is.., I love, you love, he/she loves. That resurfaces a couple of thousand years down the way as...

Well, quite so, Andrew!

Great Topic! I have been reading this content for the last night.It was really helpful and informative for me.If you are looking to buy an online Research Proposal service to help the students at an affordable and reasonable price.

When it is dropped from the curriculim what is the point of reviving it back in to the educational system? Last month I've contacted professionals for Mba dissertation help and they told me about this latin issue

Seriously, assignments are a headache even if it becomes more when you get stuck with a statistics assignment. Yeah! I have been stuck badly with my statistics assignment and I even think that it can only be completed once I get some help with statistics homework just because of its advanced level questions that make me totally worried.