Today's post is about Honorifics. You know, that long menu of courtesy titles from which you have to pick how you would like to be addressed. It was prompted by last week's news about Mr Potato Head, of whom more anon.

I was very keen to have the courtesy title Ms after 1972 when I got married, because neither Miss nor Mrs was correct. I could not be a married Miss and Mrs Hoffman suggested I had married myself! My bank couldn't understand it and I had to change my account name from Mary Hoffman to Mary Hoffman. My parents couldn't understand it, until I explained it was like Elizabeth Taylor and Richard Burton. My mother-in-law, who had the same name as I was being encouraged to adopt (as did her successor) didn't understand it and sent gorgeous flowers to our honeymoon hotel addressed to Mr and Mrs B,,,,, 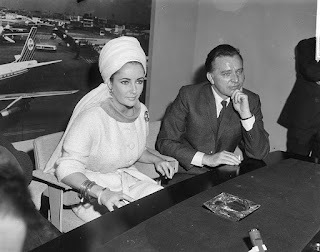 That was largely about the lack of surname change but the "courtesy" of giving me a title and surname which is not mine persists 48+ years later on some greetings cards, with an implied rebuke that I should have followed convention (particularly if the sender did so herself).

With some struggle I got myself the first British passport to allow Ms as the title (I think they don't have them now). Well, maybe not the first but in the first cohort, after making a fuss.

On one of my more memorable hours long calls with BT in the past, a lovely Geordie customer service person encouraged me to choose "Lady" and I was "Lady Hoffman' on bills for some years. It's quite a nice fantasy to be a baroness but I'm happy with Ms really.

Someone people hate it and say they can't pronounce it. (Nonsense - it's "muz" in the UK, "miz" in the US). The New York Times didn't recognise it till 1986. Gloria Steinem launched Ms. magazine in 1969, two years before I joined the Women's Movement and three before I married so I was pretty what we would now call "woke." 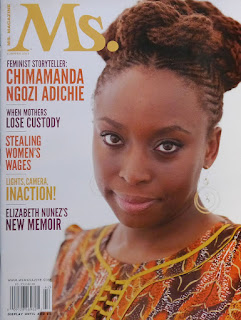 As late as 2017 this article mentions women thinking that the "Ms" answer to the "is it Miss or Mrs?" question means the respondent is being rude or has something to hide.  She might be a divorcée - or even a lesbian! (shock, horror). Do men think this?

So against the Miss or Mrs conundrum am I that it was a motivating factor behind considering doing a PhD at my Alma Mater (or DPhil at Oxford).  But it would now cost me £4-5K in college fees, not to mention the tutorial costs. I shall just have to wait for an honorary doctorate but would love to adopt "Dr."

Genuine female holders of Doctorates, not to mention medics have this escape route as a reward for many years of study. It means they don't have to reveal their marital status, a privilege men have always enjoyed. Other academics might be addressed at Professor, clergy as Rev, judges as Justice etc. And there is a whole Burke's Peerage-worth of honorifics when it comes to nobles and royalty.

Other countries have already dropped the assumption that women have to reveal their marital status in their titles without taking a new one. "Mademoiselle" has virtually vanished from France, where all women are now "Madame" and in Italy they are all "Signora." 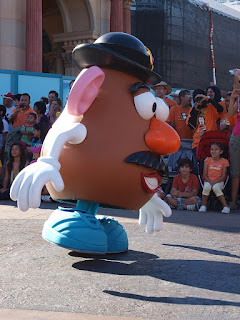 I was prompted to this post by a radio report that Mr Potato Head was dropping his honorific. It ended with a reference to "single sex potato families," which I could not resist. But it appears that news of the re-branding might be premature.

Word of the week: Henge

Not usually found on its own, the affix "-henge," most often known through the neolithic monument in Wiltshire, "Stonehenge," is a back formation. It gradually got attached to other words, just as the "-gate" from "Watergate" is used to mean any kind of political scandal. (I haven't seen "Test and Tracegate" yet but it's only a matter of time).

But apparently Stonehenge is not a "true henge" as its ditch lies outside its bank. Baffling, isn't it?

Our oldest daughter used the word "siliconhenge" for one of her websites/email addresses. Good coinage that.

(All images from Wikimedia Commons)