You may have missed the story last autumn that the OED had to revise its definition of the term "woman" after equality campaigners challenged the use of "bitch," "bint" and "wench" as synonyms.

An open letter signed by Maria Beatrice Giovanardi and others from Women's Aid, the Women's Equality Party and several linguists began:

"Did you know that if you are a woman, the dictionary will refer to you as a “bitch” or a “maid”? And that a man is “a person with the qualities associated with males, such as bravery, spirit, or toughness” or “a man of honour” and the “man of the house”?

These are, according to the dictionary, the synonyms for “woman” alongside a wealth of derogatory and equally sexist examples – “I told you to be home when I get home, little woman” or “Don’t be daft, woman!”'

There was also a protest that the entry for "man" was much longer than the one for "woman." Among the many things that interest me in this story, which concludes well with the OED revising its examples, is that "woman" might be - at least linguistically - the marked form and "man" the unmarked. 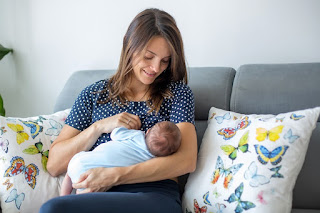 This is the argument that used to be jocularly characterised as "man embraces woman." In other words, "man" is both the generic and specific term, grammatically speaking. I always found it specious, since the famous example "man, being a mammal, breastfeeds his young" always makes people jump.

Ida Frisell published some research at Lund university which expands this idea.

Words like "fireman," "policeman," "spokesman," "chairman,"  are gradually being replaced by "firefighter," "police officer," "spokesperson," "chair(person),"  though many people really object to the "-person" suffix and regard it as political correctness gone mad.

But, back to marked and unmarked. The unmarked form is often male: dog, tiger, lion; if we said "a pack of bitches" we would mean something different from "a pack of dogs." "The tigress was dangerous" refers to a specific gender of the animal - same with lioness. 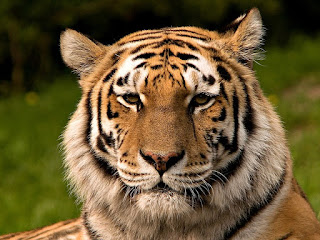 The marked form is sometimes male: we say ducks, sheep, cows, not drakes, rams and bulls, unless we are being specific about the gender. No-one says, "I'm going to the park to feed the drakes" or "try counting rams to get to sleep."

There has been a movement away from using feminising suffixes in recent years, with "stewardess" being replaced by "flight attendant" or both sexes using "actor." I certainly remember with distaste a trend lasting into the 1960s to refer to female students as "undergraduettes," but that was as much about the users' linguistic ignorance as it was about feminism.

Word of the week: Tsar

Prompted by news that the Queen has appointed a "diversity tsar" to modernise the monarchy's approach to race, after Megan Markle's revelations in the interview she and her husband gave to Oprah Winfrey. The word "tsar" derives from the Latin "Caesar" and was used in Slavic countries for their supreme leader.

Now you can be a tsar of anything. Maybe I'll be appointed Language Tsar? And perhaps change my surname to Hoffperson? It's a thought.

I knew nothing or marked/unmarked forms before this! Thankyou!