The word "cliché" comes from a term used in printing. It means in one sense a cluster of words that can be predicted, something that would speed the task up in the long-winded task of typesetting, putting letters into a "forme." If you like, it was an early kind of predictive text. If someone wrote "red as a ..." it was more likely to be followed by "rose" than "a screaming baby's face," for example.

The word itself is the past participle of the French verb "clicher," which means "click." I have seen various explanations that the term referred to a clicking sound made during the process of forming a "stereotype," which was a whole page of pre-set text, which could be used over and again. How interesting that two things writers are encouraged to avoid - clichés and stereotypes - should both come from processes that made printers' lives easier! 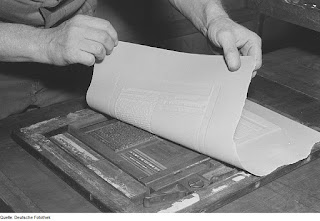 Anyway, the transferred meaning of "cliché" is a tired idea ,expressed in an over-used and hackneyed way. "A heart-warming story," defined, tongue-in-cheek as "one with a dog in it," is a cliché. So is "heart-rending" (though the modern regular mis-use of "heart-rendering," in which, presumably, the organ is melted down to a gooey liquid, might escape the charge). 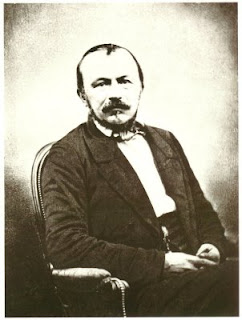 The more that is written, the harder it is to find a new way of saying something. Wikipedia tells me it was Gérard de Nerval who said, "The first man who compared woman to a rose was a poet, the second, an imbecile." Here are some clichés for you:

All these are similes, a trope where something is compared to something else. But there are many other forms of cliché - mostly folksy and trite ideas like "time is a great healer" and "don't get mad, get even." Of course just because something is trite doesn't mean it isn't true, a point often made about clichés.

What is the cliché you most often find yourself about to use and do you have any favourites?

Word of the week: Reform

(There have been a lot of words this week already, which have curtailed my time for a Grammar Grandma post. I have been writing an assignment for the online course on medieval English cathedrals so my mind has been full of words like "crocket," "Romanesque,""rib vaults," and "arcades."

But these are currently personal to me.) 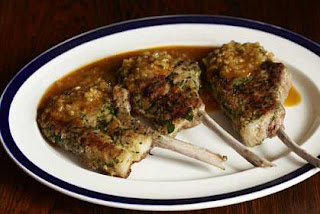 At my college there was sometimes an item on the dinner menu called "Reformed lamb chops." (I was not a vegetarian then). I mused every time on why something as innocent as a lamb needed reforming and how it would help the dish if they truly repented. But then I was studying English Literature and mused a lot about language even then.

So I suppose these culinary delights were actually "re-formed," though why anyone would want to take apart a lamb chop to re-form it is equally beyond me. The point is we use the word "reform" without thinking of its original meaning and now there is a political party called Reform UK. I've known this for a while but it came to my attention today because Nigel Farage is stepping down as its leader and Richard Tice, co-founder with Arron Banks of Leave UK, is taking his place.

Reform UK is the successor to the Brexit party. Inherent in the idea of reformation is the idea of improvement. I will leave it at that.

I think the 'Reform' party might just be being more honest than we expect. It's along the lines of the lamb chop. They want to destroy it complety and mould it into something that looks slightly similar but is unpalatable and has had any good bits taken out for use by a richer person. Basically, dog food shaped into a lamb chop, or UK, shape