What can't you bear?

I belong to an online Forum called Gransnet. There is quite a lot of grumbling on Gransnet, especially about fairly hopeless-sounding husbands. And a lot of the Grans get on very badly with their daughters-in-law - and vice versa. But they also like to have rants about language.

This was a recent post, headlined "English language - where is it going to?"

"Maybe I'm being unreasonable and very menopausal but there are words that are getting under my skin.

* "Co-worker" seems to be a new word for colleague.

* "Denied", e.g. as in "he/she was denied entry" - instead of "refused entry", or other cases where the world "refused" would make more sense than the word "denied".

* I get confused when reading a newspaper or magazine article where people are now referred to by their surnames only without the Mr/Mrs/Miss/Ms. I lose the plot as to who is who

. I'd prefer to referred to as Mrs Surname or my first name." A cow worker or a co-worker?

This one got a lot of replies (195 in fact). Here are some of the words and expression that Grans just won't be having with:

At this moment in time

Fur baby (for a pet) 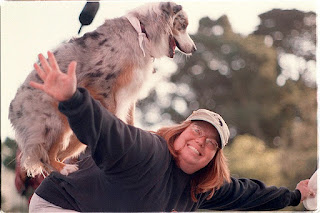 Credit: Nancy Wong Is this a fur-baby?

Invite (as a noun)

Beginning sentences with "so."

You can see they are a militant, not to say belligerent gathering of grans. 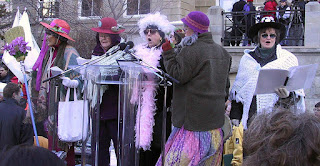 A lot of the dislikes are for American expressions: "meet with," "reach out" (which I've seen elsewhere is OK if you are one of the Four Tops, otherwise not), "woke," "Can I get...?" "Awesome." But there was a lively discussion about "gotten," which is an American import that was originally an English export. Tricky.

A lot use an unnecessary preposition in post-position: "off of," "inside of."

But over to you. What are your pet language hates?

Word of the week: Celebrity

A noun that used to mean "fame" but now means "someone famous."  It was Chris Patten who defined it in 2011 as "someone I've never heard of." There was news today that the NHS is planning a series of ads with celebrities, serious ones, advocating having the Covid-19 vaccine. Who would you choose? I think John Craven, Trevor MacDonald, Judi Dench, Marcus Rashford, David Attenborough, Mary Berry, Juliet Stevenson.

A hopeful financial advisor who came to my house a few years ago narrowly escaped homicide (if I'd had a gun, who knows what might have happened?) by adding "going forward" to every sentence she uttered. She left and never came back.