The way that you say it

This is a post about accents and dialects. Let's get one thing straight at the beginning. EVERYBODY has an accent and a dialect! There is no such thing as a neutral accent or dialect, but there are some that have been accepted (by whom?) as the norm.

In English, the way of speaking known as Received Pronunciation (RP), or BBC English or The Queen's English is an accent of the South East of the country, which has been accepted so long as some sort of gold standard that people who use it, like me, sometimes state that they don't "have an accent at all." But we do; it's just that ours has been deemed the way everyone "ought" to speak.

Even RP changes. The very clipped version known as XRP (ex-Received Pronunciation) can be heard if you listen to wartime radio news bulletins or the Queen's early broadcasts. This has mutated over time within the Royal Family, so that Prince William's accent is much closer to his non-Royal contemporaries' - even though Prince Charles still pronounces "house" to rhyme with "mice." 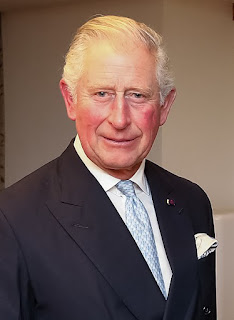 If you watch the Netflix series The Crown, you will hear that Claire Foy and Olivia Coleman have modified the XRP accent of the monarch and not precisely imitated it but given a impression of greater formality and inhibition in language which goes well with the role. Of course people do tailor their accents and everything else linguistic to suit their context and companions. This is known as register and maybe we can talk about that another time.

Ex-PM Tony Blair was much mocked for adopting a glottal stop and other aspects of what is disparagingly called Estuary English, in order to sound more like a man of the people. He was also a converger, which I have some sympathy for, since I am one myself. My daughters used to say they could tell who was on the other end of the phone by the accent I adopted while talking to them.

Anyway, accent is different from dialect, because it is about phonology and intonation. Whereas dialect is about vocabulary and syntax. Of course, it's true that people who use a regional dialect will probably have a regional accent too.

The dialect equivalent of RP is Standard English (SE).  It is possible to speak SE with a regional accent, whether from this country, the USA, Canada, Australia or New Zealand, without using a different dialect. Nicola Sturgeon, Jacinda Ardern, Justin Trudeau and Joe Biden all speak Standard English but with the accents of the countries they come from. 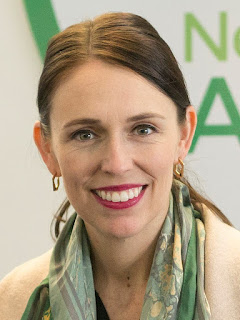 So who are the dialect-speakers apart from ourselves? You may well be a user of dialect yourself and not use Standard English, except in rare formal situations like a job interview. If you want to listen to English regional accents and dialects, this is a good site: https://www.dialectsarchive.com/england

What is true of English is true of other languages too. If you are an Italian speaker and travel in Tuscany you will hear the distinctive pronunciation of "c"s and "g"s of the locals, so that "Coca Cola" sounds like "Chocha Chola" with a sound like the "ch" in "loch."

There are well-known "dialect poets" like Roberts Burns and William Barnes who wrote as they spoke. And many examples in prose literature, which are hard to read, because they are signalled by a lot of extra punctuation and new spellings (to represent accents). You will find many examples in Thomas Hardy,  D H Lawrence, Mark Twain and Harper Lee, but it's fair to say that these last are not using their own speech patterns but those of their less well-educated and lower status characters.

When does a dialect become a separate language? The "Romance languages" (French, Italian, Spanish etc.) began as dialects of spoken Latin. Some people believe that a dialect becomes a language when it acquires a definitive written form.

As a coda to thinking about accent and dialect, there is an even smaller sample than a region: a person's idiolect. (This is, along with zeromorph, one of my favourite linguistic terms). It covers an individual's speech patterns - both accent and intonation, choice of words, characteristic expressions and so on. It is how we can recognise immediately on the radio or in a telephone call a great range of people from celebrities to personal friends.

Word of the week: What else can in be but lockdown? Here in England today is the first of a four week lockdown, meaning not quite what it did at the end of March.

1. the confining of prisoners to their cells, as following a riot or other disturbance: The prison lockdown continues, more than three weeks after the death of a guard.
2. a security measure taken during an emergency to prevent people from leaving or entering a building or other location: The school remains under lockdown due to police activity in the area.The governor implemented a statewide lockdown to slow the spread of the virus—residents may not leave their homes for nonessential activities.The army base was on lockdown after a report of shots fired.
3. a freeze or pause: Banks aren’t lending during this credit lockdown."
Lockdown definition dictionary.com
The kind we are embarking on today fits the second definition, though it can feel a lot like the first.

This is an open invitation for you to become part of the world's biggest conglomerate and reach the peak of your career. As we begin this year's recruitment program and our annual feast of harvest is almost at hand, so we're open for anyone who is willing and ready to become one of us. Are you a businessman/woman, politician, singer, student, Model, Graduate, Banker, Engineer, writer, pastor, footballer, barber, dancer etc. and you want to be rich, powerful and be famous in life? If yes, you can achieve your dreams by becoming a member of the Illuminati Brotherhood and receive a monthly salary of $500,000 USD. The Great Illuminati district is ready to offer you a life time opportunity, we are ready to change your life, make your Dreams come true and grant all your heart desires.

Below are 100% guarantee, once you're a member of the ILLUMINATI you will automatically become:

With this, all your dreams and heart desire can be fully accomplish, So you're advised to make up your mind and join the Great Illuminati Brotherhood and become rich and famous in life population and also be protected from all evils against you and your family.
I want you to know that if you think we're not real or been scammed is what you're afraid of, please you shouldn't be because this organization is a 100% guarantee and with the written guarantee you have, you'll know that this Brotherhood organization is real, safe and legit, you should be sure of this organization by now and there's no reason to be afraid of anything.

If you're interested in joining this Great Organization, then contact our Grand Lodge at Pennslyvania, USA via WhatsApp +1 (325) 261-7172 or our official Email: [illuminati666grandlodge@gmail.com]

Make up your mind before writing us!!!

WELCOME TO THE ILLUMINATI BROTHERHOOD ORGANIZATION.

I believe we all have a dream, a dream to become something big in life, so many people die today without accomplishing their dreams. Some of us are destined to become the president of our various countries or to become. one of the world's greatest musicians, footballers, politicians, businessmen, comedians or to be a helper to other people that are in need Note; newly recruited members are entitled to great benefits and rewards, There is no human sacrifice. If you are truly interested in joining the illuminati contact us today for more Information WhatsApp:+1(234)248-7286 OR +919205107358
Email: illuminatikingdomempire@gmail.com