These arouse strong feelings and the request for this post included the statement, "we like 'Normality' which is a Nice Word, and ... we hate 'Normalcy' which is a Very Horrid Word Indeed." Nice words and Horrid Words tend to be defined in the eye of the beholder but let's look at these two.

"Normality"is much older than "normalcy," and, as so often with words that annoy UK speakers of English, the latter is an American import. 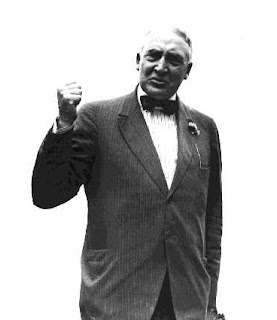 Warren G. Harding, who did not invent "normalcy."

"Warren G. Harding adopted this word in the presidential election of 1920, stating that he was for “normal times and a return to normalcy.” “A return to normalcy” soon became the slogan most identified with his campaign, to the considerable chagrin of many who felt that normalcy was either a corruption of normality, or simply a non-existent word. A columnist in the New Orleans States spoke for many when he wrote “The friends of Senator Harding are defending his language now by saying that “normalcy” is a perfectly good word. Well, so is jackasstical, when applied to fantastic verbiage.”

Normalcy did exist already, although it was not, at that time, a particularly common word. It had a specific function in mathematics, and our earliest known record of the word comes from a mathematical dictionary published in 1855:

If we denote the co-ordinates of the point of contact, and normalcy, by x” and y”, the equation of the tangent is, y-y” = dy”/dx” (x-x”).
—William Guy Peck, Mathematical Dictionary and Cyclopedia of Mathematical Science: Comprising Definitions of All the Terms Employed in Mathematics-An Analysis of Each Branch, and of the Whole, as Forming a Single Science, 1855

Some of the people who savaged Harding for his use of normalcy did allow that the word existed, but felt that since it was a term peculiar to the iniquitous realm of math it should not properly be employed to indicate normal things. However, Harding was also not the first person to have manhandled normalcy out of its jargonistic cocoon; plenty of other, less-famous, people had been using it in such a manner since the 19th century.

A little wine at once warms them into candor and normalcy, and then grand airs fly off like a covey of partridges, not to return, at least the same evening.
—The Chicago Times, 14 Feb. 1875

They want money of over-full value. It is the return to normalcy in monetary value that they wish to prevent.
—The Times-Democrat (New Orleans, LA), 7 Sept. 1896

Many newspapers, in reporting on Harding’s use of normalcy, stated that it was in several contemporary dictionaries. Harding himself made this point, when he was asked on the campaign trail to define the word: “I have looked for ‘normality’ in my dictionary, and I did not find it there. ‘Normalcy,’ however, I did find, and it is a good word.” However, given that this was taking place at a time when information spread less rapidly than it does today, it is understandable that many people thought that it must have been invented recently."

I hope that helps. If you think "normalcy" is a Horrid Word, like my correspondent, you can still use "normality."

Personally, I find "herstory" to be a Horrid Word, even though it was coined by my generation of feminists to reclaim history from the chaps.

Polonius thought "beautified" to be a "vile phrase" in Hamlet's letter to his daughter Ophelia; these things are very subjective.

Some neologisms I admire and use: "mansplaining," though just as linguistically hybrid as "herstory," does the job without need for further explanation. Apparently, there is also "hepeating," to mean making a point by a man that a woman has already made and had ignored. I can imagine using that.

Here are some more for you and you can judge if they are Nice or Horrid:

Covidiot - one who does, thinks or says stupid things during the current pandemic

Frenemy - a mixture of friend and enemy 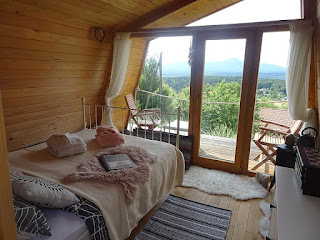 Photobomb - getting yourself into someone else's photo without their knowing.

Tell me which are the ones you like and which you hate, even if not listed here. Personally, I use the word "cromulent" which comes from American TV show The Simpsons and means something like viable, acceptable. It has even made it into the OED.

Strangely, I was thinking of "cromulent" even before I got to your last paragraph. So instead I will cite two of the greatest philosophers of our modern age, Calvin & Hobbes: "verbing weirds language".