Plurals, more than one of something, are easy in English, aren't they? You don't have to worry about grammatical gender or whether the word is the subject or object in English; you just add "s."

So far, so straightforward. But what about the women and children?

One woman, one child, two women, lots of children. Why don't we say "two womans" and "lots of childs," as we would in most European languages. Let's take the children first. A plural form in English is made up of two morphemes. A morpheme is the smallest unit of meaning in language. "S" is pretty small and it carries all the meaning we need = there is more than one of something here.

In "children," the morphemes are "child" and "ren." The only unfamiliar thing is "ren." It's a leftover from Middle English, the language of Chaucer, which uses "en" to make some plurals. We have a few we still use in Modern English, like "brethren" and "oxen," but they have mostly disappeared. Including, regrettably, "been," "toon," and "shoon," replaced by "bees," "toes" and "shoes."

What about the "r," I hear you ask. Ah, well, that is another Middle English way of making plurals and some dialects still use "childer" for children. Is as if at some point we decided there were just so many kids around we need two ways to pluralise them: child + (e)r+en.

Much language usage changes but I don't think we will see "childs" replacing "children" in my lifetime.

And the women? That's another way of making plurals: changing the vowel. "Man>men," "woman>women." These are not the only ones; think of "tooth>teeth," "foot>feet,""goose>geese."

No wonder English is considered a hard language by non-native speakers! Why do parts of the anatomy at different ends of the body pluralise by changing the vowels when pretty much everything in between just adds "s"? Arms, legs,  lungs, kidneys, tummies. Imagine if they were "erm," "log," "lang," "kidnay," and "tommy."

Anyway, there's another way for words ending in "f" sounds. Of course there is
"Calf>calves,"half>halves,""hoof>hooves." There is some argument about "roof" and "dwarf" with some people preferring "roofs" and "dwarfs" to "rooves" and "dwarves." But it's usually "elves" and "shelves" and "wolves."

Some words just give up on plurals altogether and move to a different word. So one person but two people, except in the expression "murder by person or persons unknown."

It's beginning to seem as if English plurals aren't so simple after all.

But now we come to my favourite thing ever in linguistics: the plural of "sheep." There are several words like this which appear not to change whether you have one or more than one. Another is "fish," although you can say "fishes" while nobody says "sheeps."

Remember how I said that plurals are made up of two morphemes? The noun and the morpheme that indicates plurality? Well - hold on to your hats - if you talk about lots of sheep, the word "sheep" is composed of the noun plus a zeromorph! Isn't that wonderful? It appears that there is no plural signifier there but it is provided by the context so that we know there's a hidden one all the time. It's that kind of thing that made me happy as a bee in clover studying Linguistics. Or several been.

Word ending in "o" tend to add an "e" before the pluralising "s." (Though the jury seems to be out on "avocadoes"). This can lead to back formations such as the one that tripped this fellow up. 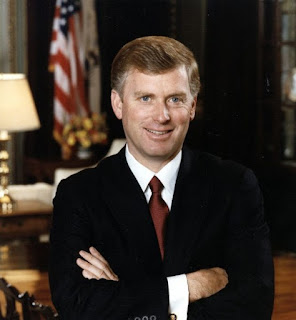 "On June 15, 1992, Vice-President Dan Quayle altered 12-year-old student William Figueroa's correct spelling of "potato" to "potatoe" at the Muñoz Rivera Elementary School spelling bee in Trenton, New Jersey. He was the subject of widespread ridicule for his error."

What doesn't signify plural is an apostrophe. I almost put the Caps Lock on for that one.
Tomato's, Potato's, GCSE's - it hurts to write them. It's so common with vegetables that this is sometimes known as "the greengrocer's apostrophe."

But apostrophes need a whole Grammar Grandma post to themselves - and that's what you'll get next Monday.
Posted by Mary Hoffman at 12:44

German:Frauen und Kinder.(women and children). English is a Germanic language; thus childer in English dialect. You also have Bild, Bilder (picture/s) Some German plurals have just -e at the end, some -en. Then there are dialect forms like ‘Schuach’ for plural of shoes as opposed to Schuhe. I’d be surprised if this wasn’t the case too in other Germanic languages.

If you are a student and facing problem while writing the assignment then you don't need to worry about it because I was facing the same problem a few months ago and I started to look for the best assignment writing services provider that can write my assignment perfectly so that I can achieve higher grades and after testing a lot of different companies I've finally found a website named as academic writing pro that can provide high-quality writing services. So if you want to hire someone professional then you should visit try this out webpage.