The current bun monitor and other vocabulary issues

(Grammar Grandma was "on holiday" last week, i.e. off the Internet)


I'm a big fan of Barbara Trapido, who came to prominence with her novel Brother of the more Famous Jack. I once had breakfast with her in Venice, but that's another story. She likes playing with language, as do I, and in her book Temples of Delight has fun with a homonym.*

One of her characters, a schoolgirl called Jem, has been writing a sensational novel called The Divine Miss Davidene Delight and her friend Alice is reading it from her exercise book. Jem's novel is set in the Moated Grange School for Young Ladies and her character Christabel is described as "the current bun monitor."

"She wasn't the 'currant bun monitor,' for heaven's sake," said Jem. "She was the bun monitor for that week." 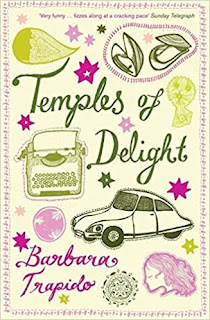 An easy mistake for Alice to make.

Another pair of homonyms is pour/pore. If you say someone is "pouring" over a book I immediately wanted to know what they are pouring (maybe their tea, which they are consuming with a currant bun?). If you mean they are studying it carefully, it's "poring."

Perhaps the business of near homonyms accounts for a couple of other common mistakes in vocabulary?

I have heard, and seen, the expression " a damp squid."  Squids live in the sea so that's logical, isn't it? They will all be damp, if not positively sopping. But the phrase is "a damp squib." A squib is an old term for a kind of firework, which you may never have seen, and a damp one would not not light and erupt into glittering sparkles. Hence the expression, meaning something disappointing, an event that didn't quite come off.

However, the one featuring squid is now so common that it might replace the original altogether and all meaning be lost. 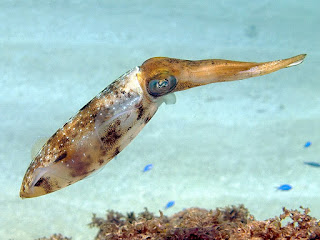 Something similar is happening with "slither." I have several times seen it used in printed books where the writer is referring to a very small slice of e.g. cake. The word they want is "sliver." "Sliver" is a noun meaning just that, while "slither" is a verb describing the movement of perhaps a snake or of a slippery silk dress falling to the ground.

I have heard this used by quite eminent people, including a famous children's author.


* A homonym is a word that sounds like another word but is spelled differently.
Posted by Mary Hoffman at 12:58

I would prefer a sliver of cake to any "slither" by a long way (she said shuddering) although I might not mind a generous slice of a delicious cream gateau slithering softly on to my plate after all.

My friend and I went to a fancy dress party with a Royalty theme as 'The Sultan of Swing and his Current Sultana'.

I'm quit fond of 'damp squid' and it *does* work. As you say, a squid should be sopping wet, so one that is only damp is on the way our, or at least it is in dire straits. It adds more of a sense of urgency than damp squib, which is irredeemable. The squid, perhaps, could be dunked in the sea to refresh it.

Penny, I hear the voice of experience here! Jim, you are not wrong at all. "Homonyms" is the wider term and "homophones" a subset of them. Geraldine, I would like to have seen that. Stroppy, I have a sneaking fondness for "damp squid" myself!