Well, last year was so FULL of book related stuff that I stopped writing this blog. I hope what follows might explain what happened a bit. It turns out that starting up a publishing company takes a lot of time ...

Books I was writing

The Great Big Book of Friends is the fifth "Great Big Book" I have written with marvellous illustrator Ros Asquith. It won't be out till next year (the 2016 title was The Great Big Body Book, out last August). It's always fun to work with Ros on a book and we acquired a new editor, Kate Davies, when Katie Cotton left Frances Lincoln to work at Penguin/Random House. Luckily for us Kate is keen on the series! 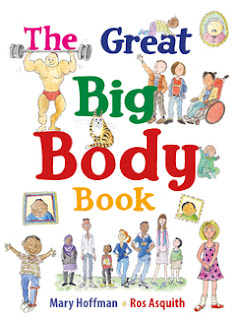 Pirate Baby was another book I was working on - a picture book this time, inspired by the fact that two of my grandchildren live on a boat. It will be published this September in time for International Talk like a Pirate Day and Ros and I are considering our costumes. It was be published by Janetta Otter-Barry at her new house, Otter-Barry Books (see below). 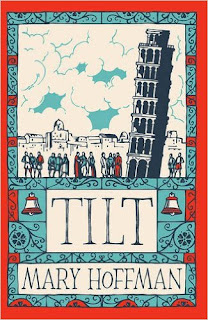 Some of the first half of the year was spent writing a book about the leaning tower of Pisa and some of the second part working on a book about Mona Lisa - both for Barrington Stoke. Tilt is out now and Smile just delivered.

Other People's Book launches
I managed to get to a lot of these, though not all the ones I would have liked to. They ranged from début author Kathryn Evans' YA novel More of Me party at Daunt's to Tracy Chevalier's At the Edge of the Orchard, Jo Cotterill's A Library of Lemons & John Dougherty's latest Stinkbomb and Ketchup Face title and Louisa Young's Devotion - a pretty varied collection!

Then there was the launch of Otter-Barry Books at the October Gallery. Janetta has been my editor at Frances Lincoln - and my good friend - since the 1980s. It was she who published Amazing Grace and The Colour of Home and started the Great Big Books series. Now she is bravely launching out as a publisher of Picture Books on her own. It was a lovely party, with everyone in the children's book world there, including Chris Riddell, the Children's Laureate.

Travel
There was quite a lot of book travel in 2016 - Luxembourg for three days of school sessions in the snow; Florence for walking the route of the App I'd been working on (see below) and Bologna for the Book Fair as usual. 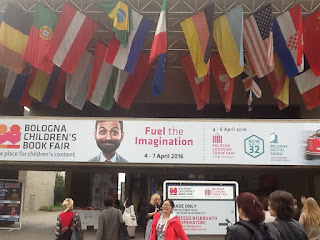 And then, unexpectedly, to Riga, as a guest of the Latvian Literature Council. This was as a publisher, rather than as a writer, in case we could take on any literature in translation as we aim to do. Generous grants are available for translation in Latvia. I asked what difference it would make if Britain voted to leave the EU, never dreaming it would actually happen a few weeks later. We had a most wonderful brunch with illustrators; there is a lot of talent in this small Baltic country.

I had been working for a long time on a history/story/tour app with Sarah Towle, who started the company Time Traveller Tours & Tales. In the spring we were able to spend a few days in Florence, walking the route and checking details. Much work has had to be done since then, by Sarah and her team, but it looks as if we are about to release the app imminently. It takes you on an interactive tour of Florence, visiting places and artworks from the life of Michelangelo, as told by him when he was in hiding in 1530.

This was the biggy of 2016! In April, after Bologna, the London Book Fair and the Oxford Literary Festival, we launched our first list of five titles at Blackwell's Bookshop in Oxford (another launch!) We have enjoyed it but had seriously underestimated the amount of work involved. Still, we look quite cheerful at the launch. 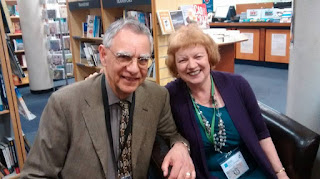 This April, we are publishing three more titles, so watch this space. We are learning all the time and getting better at understanding just how far in advance everyone needs the pre-publication material.

We were thrilled that Nicholas Lezard chose this title as his Book of the Week in May: 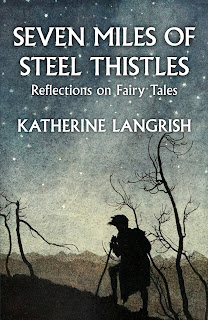 We were also thrilled to strike a deal with The Rights People, to sell our Foreign Rights. We have a Spanish deal already for The Moon: Symbol of Transformation.

I again went to the KidsLitQuiz (KLQ) Oxfordshire heat. Here's our Author Team: 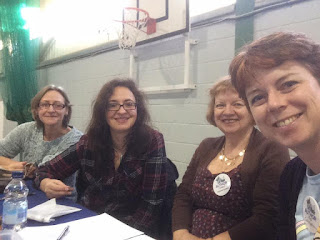 My team mates are Cas Lester, M. G. Harris and Jo Cotterill. It was good fun.

I'm in a new Book Group, this time online. It's very new and so far we have discussed only
Shirley Jackson's We Have always Lived in the Castle and Wilkie Collins' The Moonstone.
The first was very atmospheric and completely new to me. The latter was a re-read, helped along by having just seen the TV adaptation.

Books that I would have reviewed on Book Maven in 2016  if I hadn't been neglecting the blog were - for teenagers - both set in the Ancient World:

Chosen, by Lucy Coats, is the sequel to Cleo, published the year before. (See my review) 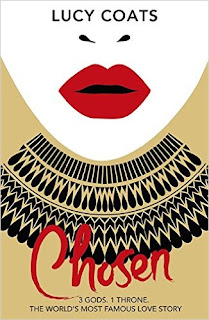 It carries on the story of the young Cleopatra, before she was the historical and literary figure we know. She escapes from Alexandria, with her maid and companion Charmion, the handsome librarian, Khai, a group of loyal soldiers and a map with divine properties.

The journey will take her to Rome and some encounters with a soldier, Marcus Antonius, who will later become such an important part of her story. One of the great strengths of this pair of books is that Cleopatra herself knows none of the details of her future destiny. All of this early history is invented by the author and is utterly convincing as well as a thrilling ride. It's a real shame these books aren't better known.

The Double Axe by Philip Womack is an imaginative re-telling of the part of the Minotaur story. It's for a slightly younger readership than Cleo and Chosen but still deals with some hard-hitting material. Some of it he has made up, but the underlying story of the terrifying monster in the middle of the Labyrinth is still there. The main character in his story is Deucalion Stephanos, called Stephan, a lesser known son of King Minos on Crete.

The Double Axe is his weapon, as well as the symbol of the Minoan Kingdom, and Stephan wields it to good effect in the final showdown, in which we discover that things aren't quite as we may remember them from the legend of Theseus. I look forward to further volumes in this sequence. 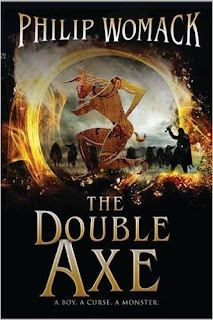 My adult choices would have been Missing Rose, by Linda Newbery: 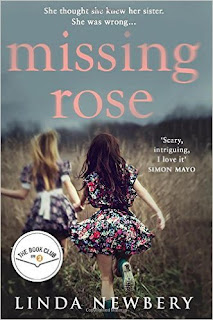 I remember Linda was writing this book at the same time as I started writing my first adult novel. Both were concerned with the mysterious fate of an older sister. Anyway, I bought it in an auction organised by Fiona Dunbar to raise money for refugees, and devoured it. The cover doesn't do it any favours: it is not a soppy, sentimental story at all. Highly recommended.

and The Sultan, the Vampyr and the Soothsayer by Lucille Turner. 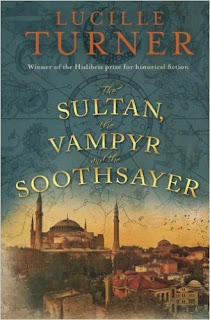 Lucille's first novel, Gioconda, came out at the same time as my David and we met in the studio of Open Book, being interviewed by Mariella Frostrup. This is a far more ambitious novel than Gioconda, covering a vast sweep of time and place. It begins in 1442 as the Ottomans are advancing on Vienna and Constantinople.

But it is the story of two very different young men - Vlad the son of Dracul, who is prone to the family sickness of "absences" and superhuman strength, and Mehmet the unworthy heir of the Ottoman Sultan,  Murad ll. A very well-researched and gripping long (450+ pages) novel.

In addition to all the above, I have continued to run the History Girls' daily blog.

And I got a new grandchild too!

I will try to be a more regular Maven this year.

Email ThisBlogThis!Share to TwitterShare to FacebookShare to Pinterest
Labels: Barrington Stoke, Janetta Otter-Barry, Katherine Langrish, Linda Newbery, Lucille Turner, Lucy Coats, Mary Hoffman, Philip Womack, Ros Asquith, Sarah Towle, The Greystones Press
Newer Posts Older Posts Home
Subscribe to: Posts (Atom)
I am your Grammar Grandma - think of me as your Fairy Godmother for Language. I'll be writing mini-essays here every week on an aspect of language: common mistakes, new usages, how to write more effectively. Look at the pages About me and What I can do for you to learn more.