A Person Without Stories

Well, that's not a description that would ever be applied to Frank Cottrell Boyce. I went to hear him give the David Fickling Lecture at the Story Museum last Friday and he kept his audience enraptured  for an hour, telling us stories about many people we had never heard of.

King Anetlas, anyone? Or Henri Gustave Molaison? How about Jeremiah Horrocks or Humphrey Jennings? No, I thought not. You would be on firmer ground with Frank's mate Danny Boyle perhaps, or Raymond Chandler or David Hockney - all referenced in this passionate and entertaining talk about how it's stories that motivate us and keep our attention, rather than the dead hand of "Literacy" as it is taught in schools.

The title of Frank's lecture was "A Million Summer Suns" and this was where David Hockney came in, at the end, when Boyce explained it to us as a reference Hockney made to the sun pouring energy into trees that died and became fossils and thence carbon fuels before we dug them out of the earth to release that energy again. By then we knew what that had to do with stories.

But he began with two images - one of a totem pole in the Pitt Rivers museum commissioned by King Anetlas of the Haida people in what is now British Columbia. This eleven metre pole was the record of the history of his people and he made it for his adopted daughter, to show her what her new family was made of - not wood but stories.

And then Henri Gustave, whose image I haven't been able to trace but who looked as if he would have been played by Robert Pattison in the film of his life. That would have been a movie like Amnesia or Memento because poor Henri Gustave suffered short term memory loss after an operation to cure his epilepsy, which involved removed his hippocampus and more on both sides.

A charming, friendly, pleasant man, who could remember his manners but nothing about what happened to him each day. He was "a person without stories."

Reading for Pleasure is often talked about without definition. Boyce offered "a complicated form of attention." It wasn't immediately obvious how this involved Jeremiah Horrocks but it turned out to be part of a complex chain of how stories are passed on. Horrocks was a fellow Liverpudlian, a 17th Century self-educated man who was the son of a clockmaker. He went up to Cambridge and realised that Kepler's maths was wrong. He accurately predicted the Transit of Venus in 1639 but died shortly afterwards at the age of 22.

And then somehow we were with Raymond Chandler and how he had influenced Frank's chat up lines as a schoolboy - another tale that had his audience in fits of laughter. 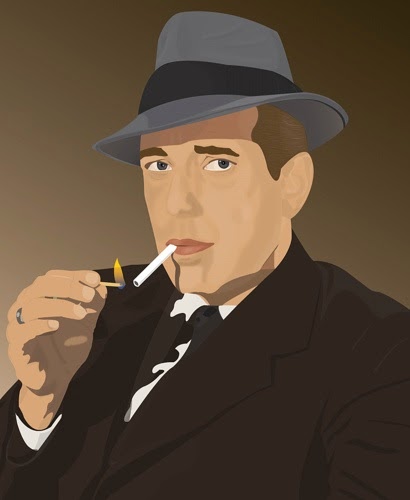 "You can get trapped in stories," Frank told us and that isn't always a good thing. It can be a burden. It can also stop you from seeing an alternative narrative, like the policemen at Hillsborough. Or stories can show you a way out as they did to Mariella Mehr.

This Swiss writer was swept up by the "Relief Organisation for Rural Street Children" a Nazi body that separated Yeniche children from their families. She lived in sixteen different orphanages, three reformatories, went to prison and was sectioned in a mental hospital. But she survived and became a writer. Her explanation was that she had "met Heidi." In other words, her way out of her situation was to tell herself a better story.

"Pleasure allows you to enjoy and retain something without understanding it." How refreshing to hear those words in an era where everything has to be explained to oblivion. "Everyone loves being read to."

What a wise man you are, Frank Cotterell Boyce! I could have listened to you another hour or more. I wish our new Secretary of State for Education had been there to hear you say in answer to Nicolette Jones' question that what you would do in schools is institute  fifteen minutes of reading aloud at the end of every day.

Or 're-institute' it. I remember it happening in my Primary School and I'm sure it made me the voracious reader and incontinent writer that I am.

And Humphrey Jennings? He wrote Pandaemonium, the book about the Industrial Revolution that inspired Frank's 2012 Olympics opening ceremony. He gave Danny Boyle a copy. 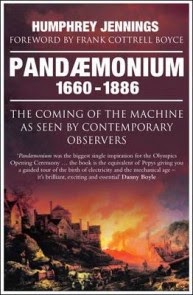 Oh I wish I had been there. I can think of almost nothing nicer than an evening with FCB

Wow. What a wonderful man. Wish I'd been there, but thanks for this, Mary!

Thank you from me, too!

Thanks, Mary - sounds very inspiring. I remember my teacher reading aloud The Little Grey Men, by BB, as if it were yesterday...

I have fun reading this post. I learned a lot, too at the same time. thank you for sharing.

But she survived and became a writer. Her explanation was that she had "met Heidi." In other words, her way out of her situation was to tell herself a better story.