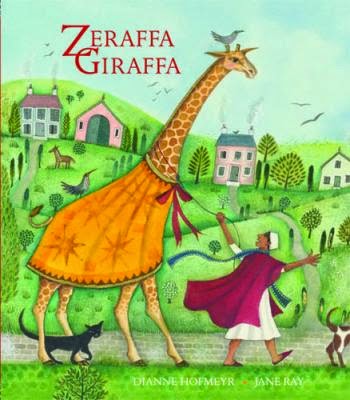 I have just acquired a new grandchild, a boy, and at his mother's Baby Shower a few weeks ago (itself an innovation since my day) He was given many items featuring giraffes. Jungle animals have always been popular with parents of small children but it has taken awhile for giraffes to make it into pole position above pandas and elephants and lions. Still, I am now told that all new people need a "Sophie the Giraffe," who even has her own website. 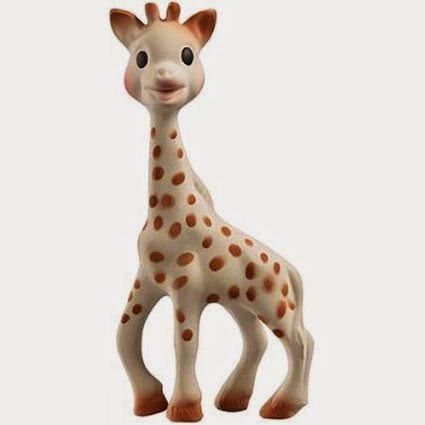 This hard plastic teether - charming as it is - is a long way from the long-eyelashed heroine of the new picture book by Dianne Hofmeyr and Jane Ray. Zeraffa was a real historical character, a present from Egypt to France, who made the long journey to Paris in 1827.

Now I may well be prejudiced because this book is written, illustrated and edited by three of my favourite people! Dianne until very recently graced the History Girls' blog with her fabulous photo-essays; Jane Ray is an old friend, with whom I've had the great fortune to publish to publish two books and Janetta Otter-Barry is not only my first and longest-serving picture book editor but a valued friend.

So that caveat aside, I can tell you that this is a gorgeous book. Both women have a real sympathy for and appreciation of the natural world and it shines from every line of text and glowing illustration. Zeraffa is accompanied by Atir, a boy who goes with her every step of the way from her strange journey from the plains of Africa to the boulevards of Paris. First they sail down the Nile to the Mediterranean and then catch a bigger boat for Marseilles. But then how to travel the 550 miles to the capital?

In the end, there is only one way. But once Zeraffa is there, in her own specially-built house, Paris goes giraffe-mad and fashionable ladies glue false eyelashes to their own in an attempt to mimic her beauty. Zeraffa lives out her days in comfort and is a treasured member of the King of France's collection - unlike poor Marius of Copenhagen Zoo. 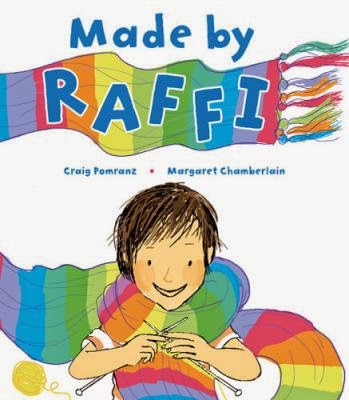 A completely different but equally lovely title published by Janetta Otter-Barry books, takes a gentle look at what makes a real boy. Maybe my grandson will need this as much as he does giraffes. Raffi is teased because he loves to knit and sew and doesn't like rough playground games and football. "Mum, is there such a thing as a tomgirl?" he asks.

I know a little boy like Raffi, who loves to make things and whose favourite colour is pink - he has lots of girls as friends and would really like a Barbie doll. But even Primary school culture is damning of such "different" individuals. He's a bit old for picture books now, but I'll give this to him anyway.

I am giong to have to give up waiting for Blackwells to get in Ziraffa and get it from Foyles, I think. THough L3 is into biting books at the moment, so maybe I'll hold it back for a bit. Thank you for the review - it's reminded me to try again to get it.

I am an argumentative essay writer in UK and I visited Pakistan, last year. There I got to know that in Urdu giraffe is actually called Zarafa. Is this where you got the idea for the title of this book or was it just a random two rhyming words. Bec it does make sense in the Urdu language, hahaha