Endings, Beginnings and a one-off

The Carnegie Medal has just been awarded to Kevin Brooks for The Bunker Diary, prompting criticism of YA books which are bleak or have unhappy endings. I haven't read the winning book so will reserve judgment but I HAVE been reading lots of YA over the last few months while I've been away from here and am now going to bring you the best of them.

To begin: two final books, one in a series and one in a "cycle." 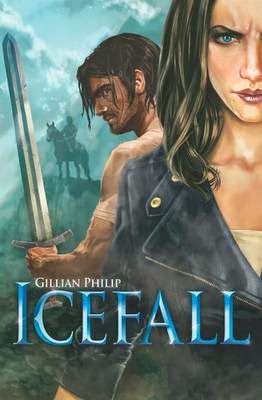 Icefall is the fourth and last book in Gillian Philip's remarkable "Rebel Angel" series that began with Firebrand and introduced us to the raw violence and fierce loyalty of Seth McGregor. I hardly like to mention that Seth is, technically, what we would call a Fairy. He and his clan come from the other side of the Veil though they live for many years among mortals.

I was appalled by the killing off of an important character in the second book, Bloodstone, but the series recovered from it and found its form again in Wolfsbane. Now that I've read Icefall, I really need to go back to the beginning and am envious of new readers who can race through all four. It's something I would have done as a teenager.

But having had large gaps in between, I was grateful for the cast list at the beginning to refresh my memory of the complicated web of relationships on both sides of the Veil. The main adversary of Seth and his clan is the villainous Kate NicNiven, Queen of one side and desiring power on the other. In order to reach victory their creator puts our hero and us through the wringer and there were points where I wanted to cry out "Nooooooh!" with all the fervour of  Luke Skywalker seeing Obi-Wan Kenobi killed by Darth Vader or Frodo witnessing Gandalf falling with the Balrog.

It's an impossible book to review without giving Spoilers so I will only say that fans will not be disappointed, though they will be tormented and exhausted by the end. 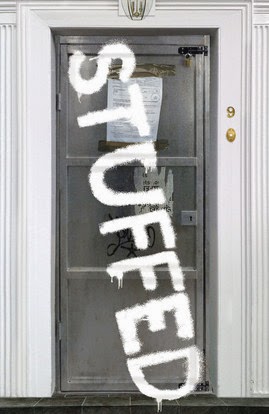 There's an interesting story behind the third book in Miriam Halahmy's "Hayling Island Cycle." The first two books, Hidden and Illegal, were published by Meadowside, which ceased to exist before the last book, Stuffed, came out. But it had already been written, so imagine how ghastly this would have been for the author. Sadly, it is all too common a tale now.

But Miriam managed to get back the rights to the first two titles and all three are now available through Albury Books in perfectly matching jackets. Phew! All this before one can get to content, although of course the teenage reader will neither know nor care.

What makes this a cycle rather than a series is that the main characters change and someone who has been a minor figure in one book takes a lead role in another - an elegant way of linking books. In this one fifteen-year-old Jess and seventeen-year-old Ryan are attracted to each other but each has a shameful secret and each finds life completely changed by one thing.

In Jess's case it's her father's loss of job and income and the lies he tells to cover up his bankruptcy that precipitate her into a completely different way of life. For Ryan unprotected sex while drunk leads to a fairly obvious outcome with a girl he scarcely knows, just as he is falling for Jess. Both have a lot of growing up to do in a short time, misunderstandings to unravel and responsibilities to face up to.

Halahmy knows Hayling Island well and it has become an extra character in the books not just a setting for them. Another thing that links them is the theme of trust - who can be trusted? Who deserves trust and who abuses it? Jess and Ryan struggle their way back to trusting each other after the devastating turns their lives separately take. It seems we can trust this author. 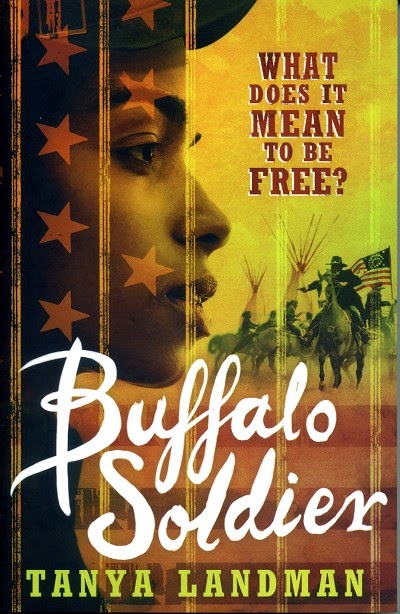 This is different again, a historical novel of a most unusual kind, set at the time of the American Civil War and featuring a young African American slave girl, Charley. She is freed at the end of the War but life is still so dangerous and uncertain after the killing of the only two parent-figures she knows that Charley has to adopt a disguise.

She pulls on a dead man's clothes and joins the army, rising through the ranks through her skills at shooting. It's a really tough story and the reader must not get attached to any person or animal that Charley becomes fond of. I wasn't a hundred percent convinced by how she hides her gender by washing out menstrual cloths - how would she dry them unnoticed? - but Landman pulls off her deception through sheer force of narrative.


Charley's ultimate fate is most moving and poignant. And Tanya Landman has now joined The History Girls! 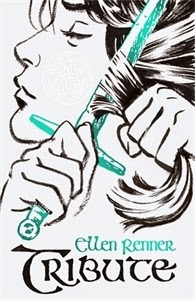 This fourth book is the first in a fantasy sequence; I'm not sure how many books there will be. I have followed Ellen Renner's career with interest since she wrote Castle of Shadows and City of Thieves, a series left unfinished by Orchard. Renner has now gone to Hot Key, who published Tribute earlier this year and will bring out the sequel, Outcaste, next year.

It's traditional High Fantasy for young adults with no vampires or zombies but plenty of magic. The interesting thing is that the heroine, Zara, on her way to becoming a powerful mage, hates her father Benedict - with very good reason. He has killed two people she loved, or at least that is what she believes. He is more powerful than her and yet she must outwit him and save the imprisoned hostage from the other side of the Wall, who is to be used as bait in Benedict's schemes.

It involves her making alliances with the Thieves' Guild and the Knowledge-Seekers but they are not sure if they can trust the daughter of the tyrant Arch-Mage. It's full of thrilling scenes and moments of extreme jeopardy for Zara and I can't wait to read book two.
Posted by Mary Hoffman at 22:14 2 comments:

Email ThisBlogThis!Share to TwitterShare to FacebookShare to Pinterest
Labels: Ellen Renner., Gillian Philip, Mary Hoffman, Miriam Halahmy, Tanya Landman
Newer Posts Older Posts Home
Subscribe to: Posts (Atom)
I am your Grammar Grandma - think of me as your Fairy Godmother for Language. I'll be writing mini-essays here every week on an aspect of language: common mistakes, new usages, how to write more effectively. Look at the pages About me and What I can do for you to learn more.