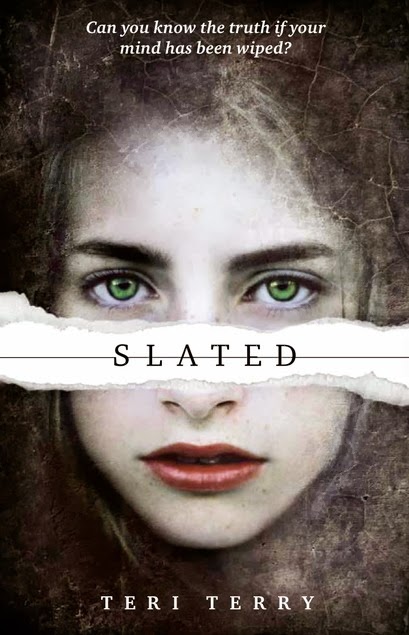 Slated has been one of the most successful UK debuts I can remember. It won nine regional book awards and was on numerous long- and shortlists. These are the awards given by the actual readers and all the more valuable for that. Librarians are great and they put books into eager readers' hands but the praise from readers is special.

The concept was, like all the best ones, simple. In a future Britain, still recogniseable fifty years on, teenagers who have been convicted of crimes are "slated," that is their memories are wiped and they start again in a new family with no recollection of their past.

But Kyla does remember things, even though she ought not to. She remembers a terrorist attack on a coach full of students who went to the school she now attends. She remembers how to draw, even with her left hand, when she is supposed to be right-handed.

We find out why that is in the first sequel, Fractured. 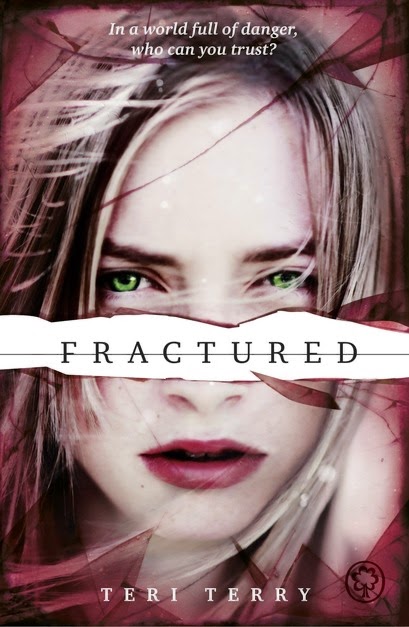 
I asked Teri Terry if she had always known it would be a trilogy and she said, "It was originally a standalone, but it became apparent quite early on in writing it that the story wasn’t going to fit in one book. The ending is much as envisioned, though it did evolve - as they do!"

By the ending, Teri is talking about the third book and I mustn't jump the gun. The society she describes is itself fractured, riven by the Lorders (Law + Order) who monitor people's behaviour and spoken views in a terrifyingly Stalinist way, and the AGT (Anti-Government Terrorists) who we presume to be the good guys.


Kyla remembers more and more about her life before she was Slated but was it just one life? 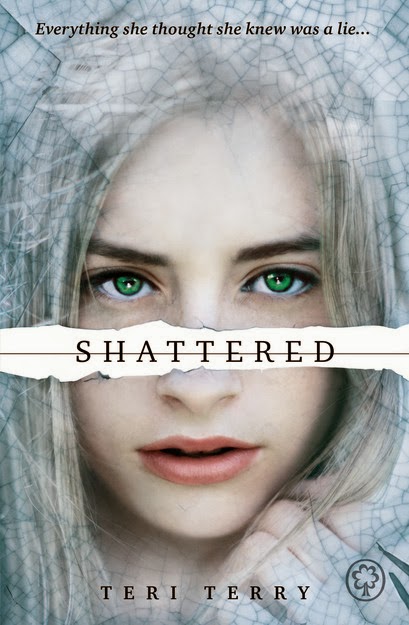 At the beginning of Shattered, she has yet another identity and I realise how very hard it is to review or describe these books without plot spoilers!


I did ask Teri about her world-building, because although the books are set fifty years in the future, there are still schools, buses, cars and trains. She said, "Because of events in the back history of the novels – the civil unrest and riots, the isolation - the UK hasn’t evolved as much as you might expect in forty years. Though there certainly is technology beyond what is available to us now, particularly noticeable in Shattered. That is the explanation, but yes: it was a conscious choice to have it this way. I wanted it to be a recognizable world, that readers could relate to – to give them that this could really happen sort of feeling."


I can tell you that the resolution, when it comes, after very tense and heart-thumping reversals, is thoroughly satisfying, even though things don't work out for every character as you might expect. Kyla's original identity is surprising.

"Identity is certainly a big part of it: how can you know who you are or who you want to be, if you don’t know who you were? Another big thing to me is the nature-nurture debate, and the influence views on this can have on punishment and rehabilitation of violent criminals. I was a lawyer years ago, in Canada, and this has always been an obsession of mine. Also the balance of rights and freedoms in society: are any actions justified in pursuit of freedom? Is a group fighting for freedom defined by their objectives, or by their methods?"


I asked Teri about Kyla's twin skills: she is a brilliant artist and an athletic runner. This is her reply: "The best I can manage with art is stick figures! Though I’ve always been fascinated with people who can do artistic things, probably because I completely can’t, and this often creeps into things I write. And years ago I used to run and be kind of a gym junkie, so I totally get the exercising to the point of exhaustion to get a buzz from endorphins. Though not recently."


The whole trilogy had for me a very fresh and compelling premise, well executed. I'm not surprised it has been so popular and I'll certainly keep an eye out for anything else by this writer.

I'm still two books behind! But did enjoy the first one and it's only pressure of time that has kept me from 2&3 , so thank you for the reminder!