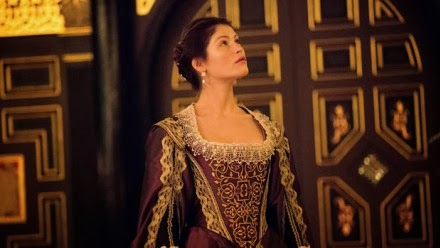 Yesterday afternoon I spent nearly three hours being by turns dazzled and plunged into darkness in the new Sam Wanamaker Playhouse - the indoor theatre at Shakespeare's Globe. I shall write about the building itself over at The History Girls blog on February 1st. But this is a review of the production, hard though it is to prize this jewel from its setting.

Gemma Arterton is the Duchess in John Webster's The Duchess of Malfi, a play probably first performed in 1613. So, just over four hundred years ago, Shakespeare's own company The King's Men, was premièring this piece of "Jacobean Gothic" in their indoor theatre at Blackfriars. She certainly looked the part - beautiful and dignified even in the hideous death we saw enacted only feet away from us in the Lower Gallery.

She doesn't have a long history of stage experience however and never reached beyond being a good rather than a great Duchess. But her evil twin Ferdinand, as played by David Dawson was as electrifying as she was serene. Like a manic Sheldon Cooper in a wig, he degenerated from a sinister schemer, driven by incestuous jealousy, to a gibbering lunatic, still capable of murder.

The third sibling, the Cardinal, as played by James Garnon, was the very incarnation of conscienceless self-interest, whether poisoning his mistress or ordering another murder. (We know he had earlier condemned Bosola to years serving in the galleys for carrying out earlier murky deeds for him).

The Duchess is a widow, Webster's heroine based on the real life Giovanna d'Aragona, who lost her husband, the Duke of Amalfi, when she was nineteen. Her brothers are anxious that she should not marry without their approval but she has already made her choice: her Steward Antonio Bologna. (Malvolio must have known this story).

Bosola (Sean Gilder) becomes the brothers' placeman at court, keeping his eyes and ears open for signs that the Duchess is bestowing her favours  on anyone they would disapprove of. He notices that she is wearing (contrary to the Italian fashion) a "loose-bodied gown" and suspects a pregnancy. His present to her of early apricots, perhaps designed to establish cravings, seems to bring on labour and we know as Bosola doesn't, that she bears Antonio a son.

It is Webster's invention that the Duchess herself proposes to Antonio:

"I do here put off all vain ceremony,
And only do appear to you a young widow
That claims you for her husband..."

Just as its his invention that her son by Antonio can claim the Dukedom of (A)Malfi, once both his parents have been murdered. What are we to make of that? The historical Giovanna had two children by her Duke and it's one of those who inherited the title.

Webster's changes to the source material make him seem a feminist and a believer in inheritance through the female line. Was that still dangerous in James the First's day, when first the Tudor and thence the Stuart dynasty hinged on denying that possibility?

Back to this production. The Antonio (Alex Waldmann) was disappointing, being somewhat shorter than Gemma Arterton, and he just didn't seem attractive enough to have won the great lady's heart.

It is an extraordinary play, with its scene between the Duchess and Ferdinand played in the dark - here in absolute pitch darkness - and the reveal of a tableau of waxwork corpses convincing her that Antonio and their son are both dead.

And the final scene raises the body count even higher than that of Hamlet - blood-boltered indeed. But it was disconcerting to hear the audience laughing so much. Maybe it was just the wrong audience but surely a production should be audience-proof?

And there are some good jokes in the piece, from Ferdinand telling courtiers that they mustn't laugh till he does, to the gruesome joke of the Cardinal's own making when he tells his followers not to come to his aid if they hear him cry out. He means to murder Antonio but is then hoist by his own petard when the belatedly repentant Bosola turns on the Cardinal and stabs him.

It is as different as possible from the stunningly-staged and lit Jamie Lloyd production at the Old Vic in 2012. Much more intimate as the tiny theatre makes it, Dominic Dromgoole's interpretation brings out the richness of the language, as the candles pinpoint the gilding on the frons scenae and the metal thread in the women's costumes. 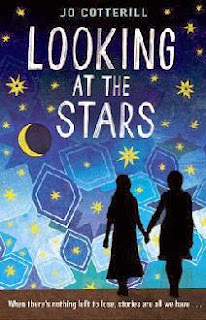 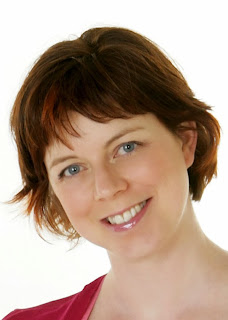 Email ThisBlogThis!Share to TwitterShare to FacebookShare to Pinterest
Labels: Jo Cotterill, Looking at the Stars, Mary Hoffman, refugees.
Newer Posts Older Posts Home
Subscribe to: Posts (Atom)
I am your Grammar Grandma - think of me as your Fairy Godmother for Language. I'll be writing mini-essays here every week on an aspect of language: common mistakes, new usages, how to write more effectively. Look at the pages About me and What I can do for you to learn more.