And here are are my "best" novels for teenagers, again randomly ordered.

The re-telling of traditional fairy tales in a form attractive to today's teens is quite common now but  this is the one I like best. Quirky, sexy and mysterious. 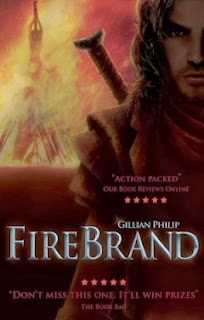 This is the first in the Rebel Angels quartet, three-quarters of the way through as I write. This introduced us to Seth McGregor, definitely not anyone's definition of a fairy. He is one of the Sidhe, for all that and a wonderful creation.

This funny novel by Linda Aronson, an English author based in Australia , has the irresistible sub-title "A story of love, seaweed and Rupert Murdoch."

Another funny book - and I find few funny books actually humorous - about an usual teenage girl who grows squashes. 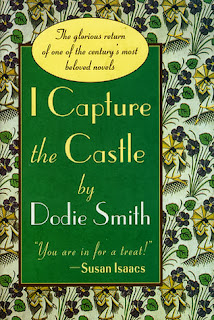 • Dodie Smith I Capture the Castle

I don't know if this was actually written for teens but it is a perfect book to give to a girl of thirteen. I was about a year older when I first read it and suffering from the devoted attentions of a male, which I couldn't reciprocate, so identified with Cassandra. And what self-respecting teenage girl doesn't want to live in a castle?

• Judith Kerr Out of the Hitler Time

This is a bind-up of the trilogy that begins with When Hitler Stole Pink Rabbit. Actually it os the second novel - originally called The Other Way Around - which is my favourite.

I "discovered" John Green at the same time as I found Neil Shusterman, as I mentioned in my post about junior novels. I like this one and Paper Towns better than the recent and notorious The Fault in our Stars. What I like best is the voice he captures so well in each novel.

A brilliant USP - that it is Black people who have the upper hand in society - brilliantly and bleakly  achieved. 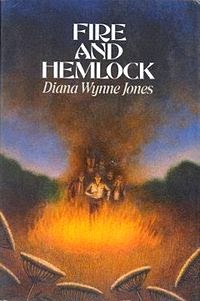 This is probably still my favourite Diana Wynne Jones, though I could have chosen Archer's Goon or A Tale of Time City or Howl's Moving Castle. What a great loss to YA literature.

Another great loss recently was this versatile New Zealander. I could have chosen The Tricksters but Sorenson Carlisle still has my heart so it has to be this one.

• J.R.R. Tolkien The Lord of the Rings Trilogy

Reading for children? Adults? Teenagers? I read them when I was nine and ten respectively, then every year till I was eighteen and realised they were not very well written. Read them to my daughters at family reading. Re-read them after every film and in spite of all the reservations about women, the representation of evil etc. etc. the world-building and action are superb. 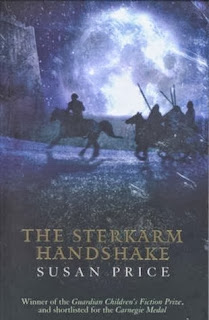 When this was recommended to me by Francesca Simon I thought it was the strangest and ugliest title I had ever heard. But she was right: I loved it! The sequel is The Sterkarm Kiss and I know that Susan price has written the third - I can't wait to read it. An action adventure, with strong moral Prime Directive undertones and a sexy hero in Per Sterkarm.

• Katherine Roberts I am the Great Horse

The story of Alexander the Great told from the point of view of his horse - what a USP! And brilliantly executed. The end had me in tears every time.

This is the historical novel about what the actual Arthur of Britain might have been like. And Guinevere. And her lover, who is not that latecomer Sir Launcelot. I first read it years ago and continue to remember whole scenes and dialogues.

• Geraldine McCaughrean A Pack of Lies

Geraldine is another author whose books made me spoilt for choice. She writes something different every time, which is particularly pleasing. This is one of the early ones and the ending is incredibly daring and head-spinning.

• Jan Mark They do Things Differently There

It is a pity than Jan Mark is not remembered more widely now. Her books were intelligent, varied and always a pleasure to read. This one's title is unfortunate and doesn't convey the glorious content. Two friends live in a small town where nothing ever happens. They re-name it Stalemate (which is what the book should have been called) and invent all sorts of outrageous happenings, characters and industries. Just where does all that fat from liposuction go? I love this novel because it's how I tend to look at the world.

• Annie Dalton Out of the Ordinary

This was her first book, followed by The Alpha Box and The Night Maze, which I alos might have chosen. Sadly for me, Annie Dalton no longer writes for teens. I loved the voice of all of them.

• Anne Fine The Book of the Banshee

Another versatile writer but I particularly liked this one about a bolshie teenage girl. 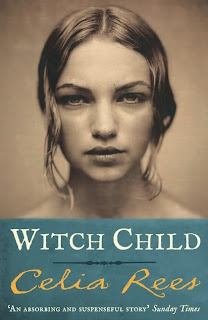 This became an instant classic and was followed by Sorceress, the second half of the story. It was reminiscent to me of Monica Furlong's Wise Child, a much older book, but I think that is coincidence. The book's jacket was one of the first featuring a full face teenage girl but, unlike many later ones, the model did look as if she could have belonged in the period written about. The first of Celia Rees's historical novels.

The first of a trilogy about a drowned future, featuring the strong heroine Mara and her involvement with resistance leader Fox.


You will notice lots of omissions on this list as on the others. There are books that people rave about that I dislike - such as The Book Thief by Marcus Zusak - and others that I simply haven't read - like The Hunger Games.

But feel free to add some of your favourites.

Whenever anyone says "What's your favourite...?" I can never think of anything! so I've probably forgotten lots of wonderful books and can only suggest Erebos by Ursula Poznanski, about a computer game that moves over into real life. My Teen would probably suggest something from Sophie Kinsella's Shopaholic series.

Great list for opening a discussion-thank you. Would you mind if I used it with my students at school?

Please feel free! And thanks everyone for your adds.

One of my favorite YA novels (a recent find but has instantly become a part of my top 5)is “The Riddle of Prague” by author Laura DeBruce and is book one of the Quicksilver Legacy Series http://theriddleofprague.com/about/. It is an addictive, fast paced book that will be interesting and engaging for seasoned to reluctant readers. 18 year old Hana Silva is thrown into her family’s history and the mystery behind her ancestral home, The Rockery, in Prague. Hana finds an old notebook in the home with a cryptic riddle and clues from an alchemist hinting at the idea of immortality and that it is actually possible! Hana soon discovers her family in Prague are not what they seem and that the elixir of immortality will bring nothing but betrayal, deceit and a dangerous adventure! Hana and a few other friends who she grows to trust and depend on use this alchemist’s notebook to solve the mystery and hopefully find the elixir before being captured by those who also know it exists. I haven’t even begun to skim the surface of this book’s many twists and turns. It is such a good read and the “to be continued….” has definitely made the remaining two books of the series a must read too! Hope you will give it a read :)

If you're looking for an excellent contextual ad company, I suggest you have a look at ExoClick.