The Tiger who Stayed Forever 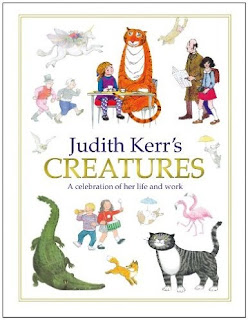 HarperCollins have published this beautiful book as a tribute to Judith Kerr, who was ninety this month. It is an autobiography of a life shaped by art, family and a deep love of cats. But don't think that means Judith Kerr is a dear little old lady with a feline obsession. There is a razor-sharp intelligence at work in her clear-sighted analysis of the events of her life.

I was particularly touched by the way she wanted to put the record straight about the portrayal of her father in her novels, now known by the overall title of Out of the Hitler Time. It was a trilogy of fictionalised autobiography, whose first volume was called When Hitler Stole Pink Rabbit, now re-issued by HarperCollins in an anniversary edition. 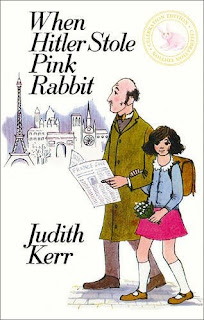 But my favourite was always the second book, originally entitled The Other Way Round, in which  young Anna (Judith Kerr's first forename in Anna) experiences that most poignant of aspects of growing up, when the child becomes protective and caring of the parent. (It appears that she doesn't like the original title - which I think is perfect - and the book is now called Bombs on Aunt Dainty, which seems to me inappropriately Mitfordesque).

Anyway, in Creatures, Judith Kerr revisits what her father was doing during the war, after he had sensibly removed his whole family from Germany in the '30s. "I did not know that all this time my father, too, was battling to earn money for his family because he never spoke about it. I still did not know it when I wrote Bombs on Aunt Dainty in 1973, and I described my mother making all the efforts while my father, while writing beautiful words, remained fairly inactive. I now know this is totally wrong."

It is rather wonderful that she has had this opportunity to revise her family history and I'm sure if there is an afterlife Alfred Kerr is glowing. It's also another sign of what we learn as adults: that what we always believed to be true might have been quite different.

But this is not at all a sombre book, nor even an elegaic one, in spite of the many losses a ninety-year-old will inevitably have endured. Parents, a brother, her husband and many, many cats. What stands out to me is that she has been tremendously loved. Of her fifty-plus years of marriage to Tom Kneale (the television writer Nigel Kneale), she writes, "we had never run out of things to talk about." What better could be said of a long and happy union?

They had two children, the artist Tacy Kneale, who specialises in insect paintings, and the novelist, Matthew Kneale, whose The English Passengers won the Whitbread for 2000. (He now lives in Rome, which he decided he would do at age ten).

Writing and drawing - that's what the Kneale/Kerr household was all about: "What can you say about a life that consists of two people sitting in adjoining rooms for forty-odd years making marks on bits of paper?" Quite a lot as it turns out!

Of course, what we all know about Judith Kerr and what makes her an "NT" (which she would hate to be called as much as Judi Dench does, I'm sure) are her wonderful picture books. 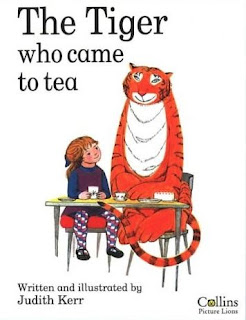 The Tiger who came to Tea - and stayed forever in the hearts of generations of children - began, like so many successful tales, as a story to tell her children. It was only when they were both at school all day that Judith Kerr had enough time to turn it into a picture book. She took her idea and pictures to her husband's agent and there was a meeting at Collins Children's Blooks. The rest is history.

In this gorgeous book, The Tiger who came to Tea is reproduced in full. How many parents since 1968 have been grateful to those 32 pages? Our three girls were brought up on them ten years and more later and we have given this book to many new parents.

It is amusing to hear that the Collins editors wanted the spread in which the tiger drinks all the water from the tap removed. "Rather unrealistic," they said. But Judith Kerr stuck to her guns: "I said the bit about the water in the tap was the part my children liked best." Good for her! 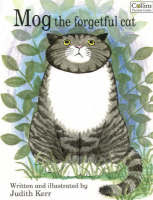 Mog the Forgetful Cat soon followed and ended up with eleven picture book titles plus board books, including the heartbreaking Goodbye, Mog, when the beloved cat was at last allowed to die, after thirty-two years. This animal entered the nation's unconscious, becoming the template for all rather eccentric felines. She was based on a real Mog in the family but gradually acquired the characteristic of a long line of pet cats.

There were other picture books too - about an angel, a Goose, and lots of Grannies (based on the cohort of elderly widowed women Judith Kerr found herself a part of in 2000).

I think Judith Kerr really underestimates herself as a writer and I hope it's not because she was married to one and the mother to another. Picture book texts are extremely hard to write: they are like poems, where every word has to justify its place and be absolutely right. So much of her writing has entered our family language and I'm sure that of many families.

This is a book for adults. You can read it in an hour and a half, as I did, and then spend many more hours poring over the pictures. Not just finished artwork but sketches, early paintings, the unexpected and lovely textile designs from the '50s, old family photographs. It is a fitting and beautifully-produced celebration of a much-loved writer and artist.

Thank you, HarperCollins, and thank you so much, Judith Kerr for enhancing childhood - and parenthood - for so many people. 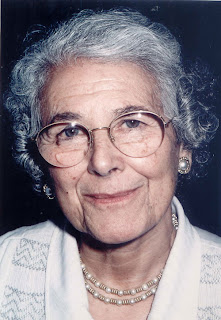 Email ThisBlogThis!Share to TwitterShare to FacebookShare to Pinterest
Labels: Judith Kerr, Mog the Forgetful Cat, The Tiger who came to Tea

Defintely something to treasure - both the admirable Judith Kerr and what sounds a wonderful book.