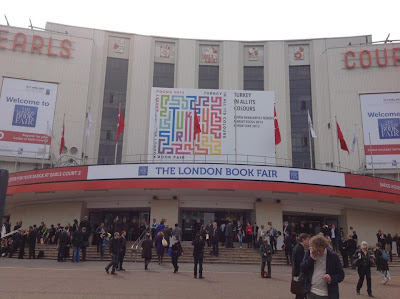 There were nearly three weeks between Bologna and the London Book Fair but in the meantime I had another trip to Italy, teaching American women writers on the Writers' Renaissance course. The organiser for that, Julie Hedlund, took the above photo of the LBF entrance, where I managed to meet her at the end of a bewildering day. I wonder how many people, like Julie and myself, have had a really hectic literary spring?

Last year, three of us went to LBF together: myself, Lucy Coats and Anne Rooney. This year, with the same companions, I had fewer appointments and more time for talks and seminars (must get my act together sooner next year!). But I found almost all the sessions I went to deeply disappointing - not enough preparation or thinking by the participants and too many people not delivering what the label said on the tin.

There was nothing I went to as good as Nicolette Jones' interview with Patrick Ness last year but I might just have been unlucky. Not sure why I wrote "kill me now" in my notes but that was in one of the better sessions.

As always, it's the serendipitous encounters that make a Fair worth attending by an author. 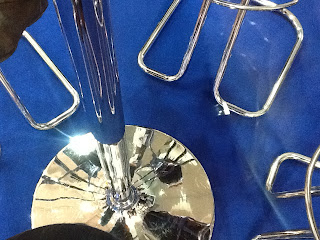 This was our "office" last year, a table in the Illustrators' Bar in the Children's Zone. And indeed we did start with coffee there this year but soon found a quieter area near the seminar rooms upstairs. The only trouble was at times many other people had found it too but I did have one very good talk with an academic I had arranged to meet at LBF.

People ask "why should a writer go to a Rights Fair?" and mutter darkly about cattle and markets but I think you need to know what you want to get from your visit. Here's my list:

• a chance to meet people who will be in London for the Fair (convenient to fit appointments all in one time and space, especially if you no longer live in the capital)
• a further chance to catch up with your publishers when the whole team is likely to be there - editorial, sales, rights, publicity
• an extra meeting with your agent
• serendipitous encounters in the aisles
• random parties and launches which are fun and might lead to useful new contacts
• a sight of forthcoming books and possible identification of trends
• possible insights from sessions attended (sparse this year)

You come back from the Fair with catalogues, flyers, a sheaf of business cards and, if you're lucky, a headful of ideas. But you have to go with an open mind and be determined not to be overwhelmed by thoughts of insignificance in the face of giant posters of authors' faces and book jackets of bestsellers. You have to be more like Zaphod Beeblebrox faced with the fairy cake in the Total Perspective Vortex and less like Fanny Price arriving at Mansfield Park.

Chutzpah is the essential ingredient that will get you into parties, make you memorable to publishers and promote your books or even your "brand" if you are lucky enough to have one. 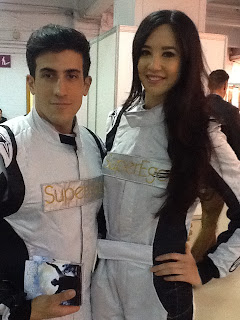 These charming young people were advertising Superego by Julia Wurz, wife of Formula 1 racing driver Alex Wurz, who had self-published her novel.  I haven't read it but I admired the promotion.

Self-publishing was one of the dominant themes of the Fair, according to the Bookseller, who bring out a daily edition on all three days. The Alliance of Independent Authors was celebrating its first birthday and if you want to know what they do, you'll get a better idea from Orna Ross's article in Publishing Talk than from the session at the Fair.

Self-publishing and the setting up of small independent publishing houses, like Peirene Press, were everywhere. You have to find a gap in the market, a niche that no-one else is interested in filling.

This is the launch of a brand-new imprint, ReadZone, so new they weren't in the Fair catalogue and didn't have a stand. This was their office this year: 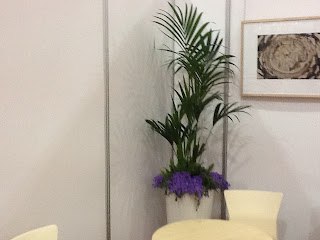 But I expect they'll have a much bigger presence next year! ReadZone launched on the first day of the Fair, offering titles for 5-25 year-olds. They bought a lot of books from Evans when it ceased trading and have an attractive catalogue full of everything from a tie-in with the film Untouchable to graphic novel versions of Dickens and Shakespeare. I predict we'll be seeing a lot of their stylish orange owl in future. 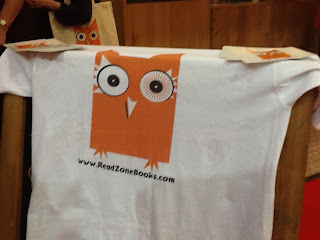 Social Networking continues to be a big issue, though there are few signs of its being well-used by writers. We can't all be John Green - alas - but it should surely be easy enough to help writers learn the difference bewtween a website and a blog, Twitter and Facebook, Tumblr and Pinterest. The difference between a personal Facebook account and an Author Page.


One of the best sessions I attended was on Blogging. Nina Douglas, Publicity Manager of Orion and Kat McKenna, Children's Marketing and Publicity Executive for Simon & Schuster interviewed Casey Devoren of Dark Readers and Jo Stapley of Once Upon a Bookcase. They were both hooked on YA books and series, Jo especially on Urban Fantasy. Actually, from the way they spoke, it's probably New Adult (NA) that really floats their boats and they have extended their reviewing to cover adult titles too.

This session was full of useful references and links and even advice for would-be bloggers. Watch this space to see what I have learned!

New Adult was another theme of the Fair but does it really exist? Not many people had a satisfactory definition for it. Brenda Gardner of Piccadilly Press thought it a convenient term. Victoria Barnsley, HarperCollins m.d., had suggested to Radio 4's You and Yours programme, which broadcast live from the Fair on the first day that it was a "publishers' construct" that she didn't really believe in. Cat Banks, however,  who is the Children's category buyer for Bertrams, thought NA came "between where young adult ends and contemporary women’s romance starts”.

One very experienced scout, who shall be nameless, gave me the definition for NA = "badly written" and what I heard of the genre, if it is one, at the Fair gave some credibility to that. So far, it seems to be YA + sex. The most interesting thing I heard about it is that most titles sell 70% digitally and 30% print.

London Book Fair is not as easy to understand as Bologna; the signage is poor and people waste a lot of time getting lost - though this can also lead to those serendipitous encounters which are so important. Maybe it falls somewhere between Bologna (children's only) and Frankfurt (where I have never been). The Rights Centre on the first floor is certainly more Orwellian than the Agents' Centre in Bologna; maybe that's appropriate for the rash of Dystopian novels that keep coming. 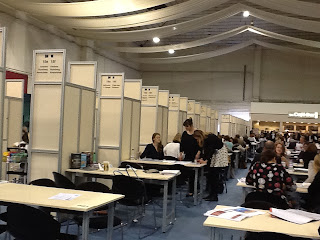 But they do have a branch of The Ivy up there, where you can get seafood and champagne. I dread to think what that might cost when a small bottle of water is £2.20 and a sandwich and drink can set you back £8. On one of my visits upstairs, I limited myself to a cup of tea, courtesy of a friend and literary agent in the US. I am, please note, a cheap date.


Still, I'll be back next year. I think I have become a Book Fair addict. Is there an App for that? 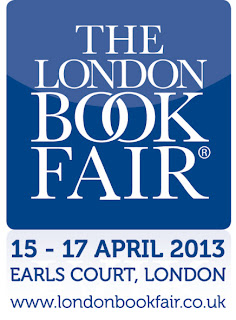 Thanks so much for posting this Mary. I haven't been since 'Volcanoe Year' - good to get a flavour of what was going on this year.

Great post from our Book Fair spy! Thank you, Mary.

"New Adult" is a term I've only just heard - fascinating stuff, but as writers I think we have to work a year or so ahead of publishers? By the time a trend hits a Fair, it's too late to start thinking about writing for it. Now then, where did I put my crystal ball...?

I agree that the seminars weren't so good this year - I went to one about NA and still don't know what NA is - not applicable maybe?

Yup, Jackie - very applicable! I was at that one.

Interesting, and I didn't know there was a category called NA, but perhaps it fits a lot of books I find when searching Amazon kindle store. It tends to be romance (often self published) with young people who are still at uni/college, and it's often a trilogy, such as the one that begins with 'Thoughtless' (SC Stephens. Or 'Beautiful Disaster'(Jamie McGuire). These are with Simon & Schuster. Are they NA? Or am I misunderstanding the term?

No, Paeony, i think you have it just right!

Interesting to read about how self-publishing is changing the face of events like these. We live in interesting times for publishing, that's for sure.

Need To Increase Your ClickBank Banner Traffic And Commissions?