All the things that aren't writing

I'm sure I've written about this before but as a professional writer I do spend a great deal of my time not writing. I'm not talking about writer's block or lack of inspiration (a commodity I don't really deal in) or lack of commissions. I mean all the other things I, and other writers, do that are essential or desirable but not the core of our working life.

Since I last posted here I have been to two conferences/retreats for writers. The first was the SAS annual meet-up in what-used-to-be-Coventry-but-is-now-Peterborough. Stroppy and Crabbit were there again (and still my favourite firm of solicitors) giving talks in Orton Hall. 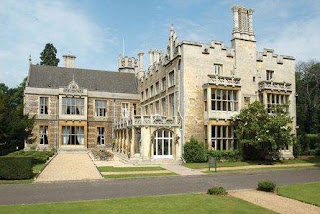 Stroppy, a.k.a. Anne Rooney, had been asked to contribute to a panel on "Ups and Downs of my writing year" and in spite of some relatively shallow troughs had managed to write or at least do work on 34 books. That made us all gasp a bit as there were also websites, trailers and more.

Crabbit, a.k.a. Nicola Morgan gave TWO talks, one about changing writing habits and ending "Write or die!" (I know she said that because I put it in my notes). The other was also full of excellent advice about customising one's Facebook Author Pages. I will definitely do that but it is yet another "thing that is not writing."

We had lots of wonderful contributions but, seeing as it's the SAS, I'm not allowed to go public with most of them. I can tell you however that this year I manged to swim in the spa and that next year I am organising the weekend with Stroppy. For some reason, people seemed to feel a bit sorry for the hotel managers.

Last weekend I was at another conference, on  "Women and the Novel" at my old Alma Mater, Newnham College Cambridge. 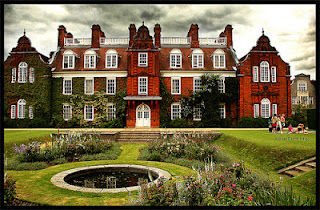 Newnham is so rich in literary Alumnae that we had talks by Margaret Drabble, Patricia Duncker and Jenn Ashworth and I spotted Elaine Feinstein and Nicola Baumann (founder of Persephone Books) as well as fellow children's author and History Girl, Caroline Lawrence. Ones not present were Sarah Dunant and Sally Vickers.

Margaret Drabble learned a lot about a lot of things, including how to cook various recipes, from three key texts: Doris Lessing's The Golden Notebook, Sylvia Plath's The Bell Jar and Mary McCarthy's The Group, not too mention Edna O'Brien's advice on how to cut carrots, Gertrude Stein's on omelettes and Iris Murdoch's strange enthusiasm for Vesta curry in The Sea, The Sea.

But more importantly, she took away Plath's determination not to "dwindle into a wife." And she championed Berdardine Bishop'sUnexpected Lessons in Love so convincingly that I'm sure Bishop's Amazon rankings must have shot up. I inwardly cheered when she ended the question session by saying she loved the novel for "its thingness." Me too!


It was wonderful to be back and when Patricia Duncker mentioned Moses and "God's hinderparts" which I first heard about in John Broadbent's English lectures in the '60s I felt quite nostalgic. The enthusiasm for D. H.Lawrence also brought back my time at Newnham very powerfully.

In between conferences, I have been to London, whither I am also bound this afternoon, for a research trip to the Tower of London, followed by meetings on three separate projects with the same publisher. Just as vital as writing, since we looked at roughs, finished artwork, dummy books etc. etc.

I've also done a school Skype visit, written a graphic novel version of a classic story (oops, no - doesn't count as was writing!) continued to organise my appointment schedule for Bologna, worked on my new website (watch this space), dealt with emails from four publishers, one agent, two illustrators etc etc.

And I expect I am not untypical. It's just that non-writers, especially would-be writers, think in terms of our spending all day and every day at the computer producing great works and there is so much more than that.

Meanwhile, here is my latest book, just to prove I do actually sometimes get the words on to the page!

You are a marvel, Mary! I would add walking dogs, gardening, doing voluntary work/campaigning, tutoring creative writing aspirants..and being a grandmother. In fact, I always have the impression I never do much writing at all, because, as I think Margaret Attwood once said, you don't remember the time you spent writing because, in a sense, you weren't there. I certainly find that.

Wow, you managed to get flashy photos of the venues. Newnham looks ripe for an infestation of vampires...

Well done for being so busy!

You are remarkably busy, Mary! In contrast, I seldom leave my computer. But strangely, last week I stayed in the what-used-to-be-Coventry hotel before visiting Coventry Primary School, and then had an undercover meeting at another hotel in deepest Black Country with another (no names) 'other SAS' author... thus proving even the most reclusive authors get out sometimes - and yes, the unicorn came too!

There is a chance you are eligible to get a free $1,000 Amazon Gift Card.