It's Grimm down south

I am very slow on the uptake, I think. I recently reviewed a rather good adventure story for the Guardian, called The Grimm Legacy by Polly Shulman. Then I saw and heard everywhere that Philip Pullman had done a re-telling of fifty of the best Grimm Tales. 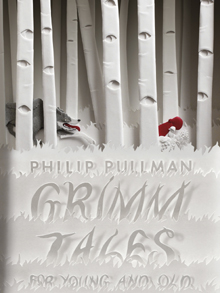 But it wasn't until I had my weekly email from We Love this Book today, featuring yet another re-telling of the doughty German siblings' output, that the penny dropped.

It is 200 years since the Brothers Grimm published their Kinder- und Hausmärchen, containing 86 stories, some of which are now so familiar we think we have always known them. One of my very favourite stories ever was recorded by Jacob and Wilhelm Grimm: The Twelve Dancing Princesses.

And by a huge coincidence, my latest re-telling of the story was published this month: 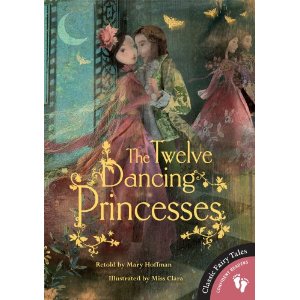 This was a very nice commission from Barefoot Books, to provide a text to go with the mysterious and atmospheric artwork of French illustrator Miss Clara. And maybe it had something to do with that bi-centenary, Durr!

Lolling (is that even a word?) - and wondering if an updated version the Dancing Princesses would have them going out clubbing.... Love your cover though, very mysterious and other-worldly.

I love that front cover too. And I love Grimms' Fairy Tales. My first novel is based on The Handless Maiden. And -no - it's not a horror! :-)

It looks beautiful! And out so soon after you wrote it, too! Congratulations

What a beautiful cover!