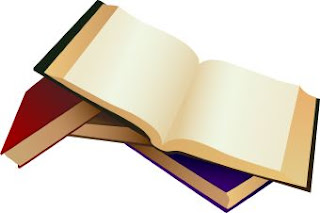 Not published books; that goes without saying. Any writer without tottering heaps by their bedside, a serious shortage of shelf space and a library card, is one I wouldn't trust.

No, this time I'm talking about the practice, increasingly common of belonging to a writers' group and/or being (and having) Beta-readers.

In recent months, I have read and commented on books by at least four writer-friends ranging from an 8,000-word series book for juniors to a 150,000-word novel for adults. The writers have all been much published and some have won prizes but for some reason or another needed a second eye or more on their typescripts.

And last week I helped a writer-friend re-write a synopsis for a publisher.

But the traffic doesn't all go one way. If you are a Beta-reader, you may also need one or more. This is Wikipedia's definition:

"A beta reader ... is a person who reads a written work, generally fiction, with what has been described as "a critical eye, with the aim of improving grammar, spelling, characterization, and general style of a story prior to its release to the general public."

The author or writer, who can be referred to as the alpha reader, may use several "betas" prior to publication. The term "beta" is an appropriation from the software industry which uses the terms "alpha" and "beta" for software that are internal works in progress and publicly released tests, respectively (though a "beta" version may still be tested internally). While the use of the concept and the term is most common among fan fiction writers, it is growing in popularity with novelists, to the point where some have thanked their beta readers (sometimes even referring to them as such) in their acknowledgments. A beta reader, who may or may not be known to the author, can serve as proofreader of spelling and grammar errors or as a traditional editor, working on the "flow" of prose. In fiction, the beta might highlight plot holes or problems with continuity, characterisation or believability; in fiction and non-fiction, the beta might also assist the author with fact-checking."

It's hard for someone who prides herself on her grammar, punctuation and vocabulary to take 'editing' from anyone else. This is difficult enough when it comes from a Commissioning or Copy editor, especially if their suggestions result in something the writer considers to be introduced errors. But from friends! And about crucial issues of plot!

I belong to a book group and to many writers' organisations, ranging in degrees of formality. But I don't have a writers' group as such, where we exchange passages of Works in Progress for comment.  I know people who do this regularly and admire their courage.

What I have is lots of writer friends. They ask me for comments and recently I have been brave enough to ask them for theirs.

It was because I had written an adult novel. The main character was thirty, which I have been in my time but not in 2008, when her thirtieth birthday very specifically occurred. Did 29-year-old women in 2008 still wear pashminas? How would they book a trip to Italy? What would they drink and how would they view one-night-stands?

So I asked a group of members of the Scattered Authors Society (the "other SAS"), of the right age, to be Beta-readers for me. Their comments have been so helpful I'm encouraged to try it again. To a woman, they were clear that my heroine would not go to Thomas Cook (maybe that's why the company is floundering?) even if it were on her way home.

I was a bit surprised that one of them had never heard of Campari but have left that in, since my character goes into a bar in Florence and orders one. It's going to be a drink, right?

But I have completely restructured the novel to reflect what my Beta-readers thought was the point where it took off and it begins there now. I'm not quite there yet. There is now too much flashback. But it will soon be ready to send out to a new agent (with the blessing of my children's agent).

And if it gets accepted there and by a publisher, I'll be naming those Beta-readers in the Acknowledgments. And maybe some Gamma-readers too ...

An interesting phenomenon also is the rise and rise of reading services and authors who will pay for a report on their WIP. Good luck with your adult novel!

Is there a name for being the beneficiary of a beta-reading? As one of the Maven's beta-read people (or writer of one of the beta-read books), I can vouch for the huge value of her views.

There is a difference, though, between the paid critiques Karen mentions in the comment above and beta-reading by fellow professionals. Established writers often pick a beta-reader carefully for a specific aspect of the book, whereas paid critique services are generally less specific - you can't ask for a 30-year-old woman to check shopping practices, for instance!