A new dawn for Vampires

I am not a big fan of vampire literature, especially for teenagers. What is now semi-affectionately known as Twiglet casts a long shadow. So it was more in friendship than in preference that I have spent the last two days reading SEVEN YA Vampire books.

And I loved them! Let me count the ways. I am not a reluctant reader, which is the target audience; I am an avid reader! Then I am hardly a teenager. And as for vampires, I never even read Anne Rice.

But these books are SO skilfully written! I know Anne is a good friend but since I am absolutely not the target audience, I hoped I would count as dispassionate. And I was totally hooked.

There are six short novels and a manual, Bloodsucking for Beginners, all written with much wit and clearly lots of research. The first book, Die Now or Live Forever, should be read first as an introduction to the linked stories of six teens; after that the books can be read in any order. Five teens are camping in a forest in Hungary - have they not SEEN any horror movies? - when  they stumble on a young man staked through the chest to the forest floor.

Then they find his murderer, who is not what they expect. Nor is the victim. They then meet the mysterious Ignace, who turns out to be someone we know from history. Actually, quite a few historical figures from the past, some of it quite recent, turn out to be vampires but I won't spoil some of the surprises. 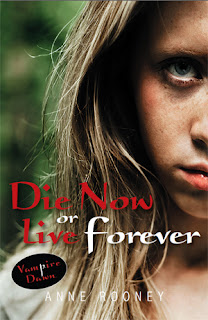 Did you know that after the French Revolution some people sympathetic to the murdered aristocrats wore red bow ties tattooed around their necks? Or that vampires have to stop and count small objects which is why they must avoid weddings and why people throw rice or confetti on those occasions? Neither did I.

Juliette's story, Drop Dead, Gorgeous, is one of the scariest, involving a very nasty scene with a guillotine. But in a way I found Alistair's story, Dead on Arrival, even more palm-sweatingly tense, since he has a hard enough time understanding the world as a teen with Asperger's,  let alone being able to cope when he wakes up in a hospital morgue.

Here they all are: 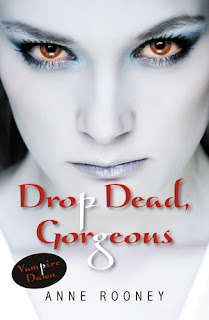 Juliette's story of modelling in Paris, with two stalkers, attempted murder and "that" scene. Why does Juliette never eat? Is it just because she is trying to stay thin for her career? And is it really a good idea for her to fall for Ignace? 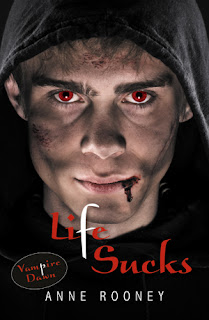 Finn's story, involving a very unexpected vampire, living in a very unexpected place! (In which I am writing this very blogpost. I do NOT go out after dark). Why can't he be as famous and successful a rock star as he seems destined to be? 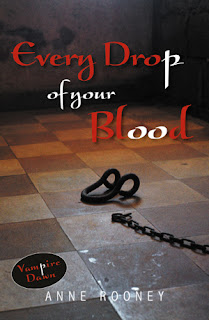 Omar's story, which takes place mainly in Russia. And where the science of vampirism is explained. There are some very unexpected vampires working in the laboratory. And a prisoner you definitely don't want to know about! 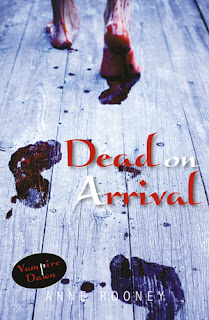 Alistair's story - in many ways my favourite. But very scary! Alistair is Ruby's brother and they share this story. And, since that incident in the Hungarian forest, they share the same destiny too. 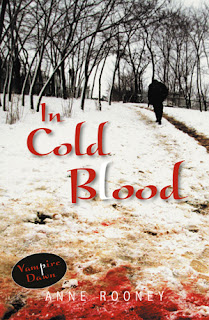 Ava's story, in which another unexpected - and utterly terrifying - vampire shows up. Ava was not one of the original teenagers camping together in Hungary and now she finds herself abandoned in Kosovo, without knowing why. 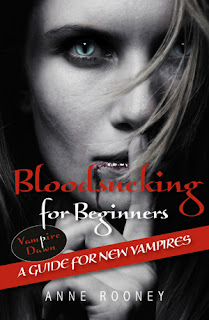 In the manual, you find all sorts of useful advice for the newly-vampirised: ProVamp capsules to stop you lusting after human blood; iVamp, the communication network used by web-savvy vampires; Arithmomania, the counting compulsion you have to get used to; steak - eat it VERY rare!

Books for reluctant readers have a limited vocabulary but you feel no sense of that with Vampire Dawn (which has its own website). And writers of such books don't usually see them reviewed in the national press or on prize shortlists.

But remember what Blaise Pascal said: "I have made this letter longer than usual, because I lack the time to make it short." It takes time and care to produce something so short that is grippingly readable.

The Vampire Dawn series is published by Ransom Publishing.
Posted by Mary Hoffman at 21:15

Wow! Now I understand all of Anne's vampire comments. These sound amazing, will try and get at least some of them Brilliant post, brilliant books.

Such creepy covers! So gory - perhaps too much for me. I've been laughing my way through The Radleys - nice vampires that you wouldn't mind having as neighbours.

Terrific covers and will be very very popular I'm sure. Love the confetti thing, too, which I didn't know...Anne is one of the most careful writers around and I bet these are corkers. I will AVOID the guillotine one,though. I am very allergic to the guillotine....

I am enjoying them too. Yes, chopped-off heads are not much fun.

Well, Mary, you've sold me! Like you, I don't really "do" vampires and like you, I'm a good friend and big fan of Anne's, so I'd have worried "What if I don't like them?", especially as, like you, I'm not the target audience. But it sounds as though Anne has broken all those barriers and the books are great because the writing is great. And now I want to read a vampire book! So I will. Thank you for opening my eyes. x

They sound marvellous, much more True Blood than Twilight. Here's wishing them every success.

Thank you, Mary, for letting the vampires into your space against your better judgment. And to everyone else for kind comments. I hope I've not done irreparable damage to the chip business in Eastbourne.

Nicola, you are *totally* allowed not to like them and to tell me as much! As the Maven says, you're not the target audience...

Well, Stroppy, I invited them! From the minute that jiffy bag came through the door,they were boss.