A visit from Celia Rees

It's a great pleasure to welcome Celia Rees to my blog, as part of her extended tour talking about her new book, This is not Forgiveness (Bloomsbury). Not only because she has written extremely flattering stuff about me but because she is an old friend who has written a really good and interesting book!

I love this picture of Celia, which shows that wicked glint in her eye that usually means mischief. There is trouble - big trouble - in her new book but it is a departure from her recent novels for Bloomsbury, which have been very successful historical fiction - Witch Child, Sorceress, Pirates, Sovay and The Fool's Girl. What a roll call of invention!

This is not Forgiveness is set in a now so up to date it makes your teeth hurt. It features a soldier with Post Traumatic Stress Disorder, a politically active girl with some very self-destructive tendencies and a boy who you just know is going to get caught up between them and suffer.

A bit about Celia:

Celia Rees was born and brought up in Solihull, in the West Midlands. She used some of her childhood for inspiration, directly in Truth or Dare and The Bailey Game, less obviously in her other books, although her love of pirates would eventually surface, and an adolescent reading of Bram Stoker’s Dracula led to Blood Sinister.

She studied History and Politics at Warwick University, and was particularly interested in American History, something that one day would influence Witch Child and Sorceress. Celia was a teacher for over ten years, teaching English in Coventry secondary schools, before she began to write. Teaching provided plenty of inspiration and reasons for writing, and eventually she began to write with her students. Celia says, “That’s when I knew what I wanted to do. I would write for teenagers, books that they would want to read, almost adult in style and content, but with people like them at the centre.”


Now over to her:

Never underestimate the Book Maven. She is very clever and has many talents. Among them is her ability as a proof reader. She has a forensic attention to detail, knows the correct word for everything, her spelling is perfect, and her knowledge of all things grammatical is second to none. I trust her above all others. She especially loves finding things that the copy editor has missed, so when I got the first proof copies of This Is Not Forgiveness, I asked her to read it for me. I knew that if there were mistakes there, she’d find them.

There were not all that many mistakes, I was gratified to know, and the ones she found were fiendishly well spotted, but what really impressed me was that she had correctly identified the inspirational source for the novel. Unlike the Book Maven herself (see her previous post), I can usually point to a moment of inspiration and this book came to me while I was watching François Truffaut’s film, Jules et Jim. It must have been late June, 2009. The film is a favourite of mine and I was watching it after returning from a week’s holiday in Paris, trying to extend the magic. The film was made in 1962 and is set before and after the First World War, but the story is essentially timeless.

Two young men who are close friends fall for the same extraordinary girl, played by the wonderful Jeanne Moreau. The character she plays is unpredictable, exciting, and dangerous. Irresistible. The film is often light-filled and joyous but the underlying tension between the characters introduces a dark foreshadowing, a tenebrous note of foreboding, a feeling that this will not turn out well. As I was watching, I remember thinking: ‘You could update this. Make it now.’

I couldn’t begin straight away – I was busy writing another novel, The Fool’s Girl, so my J & J Project had to wait. I can’t write two things at once. What I can do, however, is a bit of research. I discovered that François Truffaut based the film on a novel by fellow French writer, Henri-Pierre Roché. The novel was out of print; Truffaut found it in a secondhand bookshop. The serendipitous nature of that discovery further intrigued me and seemed to confirm that this would be a good thing to do. I got hold of Truffaut’s screenplay, then Roche’s novel (thank goodness for AbeBooks). The screenplay is very close to the book and I particularly liked the voiceover. I would have loved to write my book in the same terse, elliptical style as Roché’s novel but didn’t think the Y.A. market was quite ready for that. I discovered that the novel was semi autobiographical: an account of the love triangle between Roche, the artist Marcel Duchamp, and American artist, Beatrice Wood. Or maybe between Roché, Franz Hessel and Helen Grund – Roché seems to have put himself about a bit. All fascinating stuff and certainly material for a historical novel set in the Paris of the period, peopled by writers and artists. Think of the research opportunities…

But no, that would be too adult. Anyway, I’d decided that this book was going to be contemporary. So I took what I needed from Jules et Jim: the characters, the relationship between them and the seeds of destruction that lies within it, and changed everything else.

Not many people have spotted the original inspiration, so respect is due.

Well, Celia has done nothing to spare my blushes. But Jules et Jim is one of my all time favourite films and I too own the original novel and the screenplay so perhaps it wasn't surprising that I made the connection. (Oh and I did have an EP - remember those? - of the music from the film). 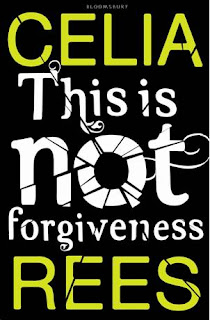 We have five copies of Celia's new book to give away to those who give the most interesting answers to this question:

What film has most lingered in your mind, perhaps giving you an idea for something you would like to write yourself?

Leave answers in the comments section below and you have till 24th March.
Posted by Mary Hoffman at 01:01

I think the Wizard of Oz, although cheesy, is a classic. It's the Hero's Journey in action, and works on so many levels. It charts a young girl's struggle to cross over from childhood to adolescence and to deal with her anima and animus, a very Jungian piece. Everything in it is symbolic of deeper stuff going on in the psyche. You can see these mythic motifs cropping up in other films in a 'hommage' sort of way, the most recent example being 'The Artist.' (ie the empty house being symbolic of an old personality structure that needs to be shed.) It's a good blueprint and I billed my recent sci fi fiction for preteen girls as 'Wizard of Oz meets Hitchikers Guide'. Frank L Baum's story was my inspiration.

I love Celia Rees. She came to talk to the kids in my school and she was excellent.

Ace post! Nice to see you two together. J and J is one of my faves as well. Saw it five nights running when I was 18, I loved it so much the first time!

It's got to be The Naked Gun. I know that film by heart, and that means I get two laughs for every gag - one in anticipation, and one when they deliver the line. What can I say - I love jokes! Most of my books include verbal gags and slapstick moments. (I love that picture of Celia too - same reason)

I think the film which most lingers in my mind is "the English Patient", the sounds of the clinking bottles, sharing the patient's eye view at the beginning, dazzled by the sun. Also, the wonderful scene inside the church as they swoop, examining the wall paintings by candlelight!

Lucy, Jenny and Juliet - can you please contact Emma Bradshaw at Bloomsbury to receive copies of the book?

And she will be expecting to hear from you.

How exciting!
Thank you.