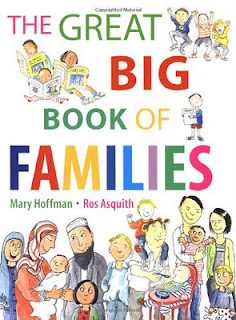 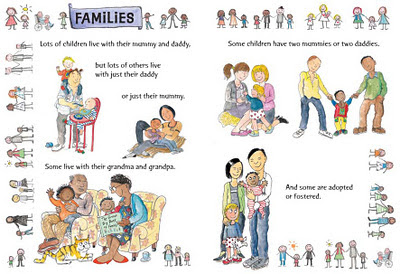 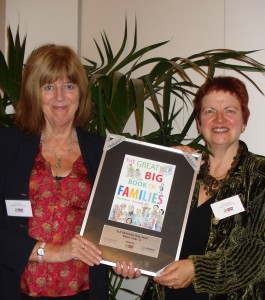 Congratulations to you and Ros, to Judith and everyone involved with the book - and to all those who voted with joy & wisdom!

Fantastic news, Mary,and I am thrilled for you, Roz and the book - and I agree with you totally about people like the Amazon reviewer with their shuttered and bolted versions of morality.

(Perhaps the thing that annoys me most is that reviewer's narrow and arrogant assumption that 'political correctness' rather than a wider and more generous morality ruled you...)

What a thought-provoking post. I was especially drawn to your sentence: "I prefer words like "inclusiveness" and "diversity" because in my experience, PC is only ever used by people who are against those things."
Now that you've said it I realise that's how I feel, but was never sure how to express my disquiet (albeit I'd have used the word 'usually' instead of 'only ever').

congratulations - well deserved for a lovely book! And also for sticking up for tolerance, an underated virtue.
Michelle Lovric, as anonymous because Blogger doesn't want to play with me today.

Congratulations, Mary! Hopefully, one day, it won't feel as though you're putting your head on the block...

A well-deserved prize for a wonderful book. Unfortunately Amazon is no less prone to having intolerant and ignorant commenters than anywhere else. There will always be people with opposing views. That's why we must just keep on keeping on writing (and drawing) a picture of life as it really is in all its amazing and fabulous diversity. Well done, Mary - many congratulations from me too. x

This looks flat-out amazing. And needed!

Wonderful Mary and very well deserved. I really feel that this is the sort of ground breaking book that is very much needed and I shall be recommending it to everyone.

Besides, you are describing things as they are. Pfffth.

You're right that 'lacks morality' really means 'doesn't share the same morality as the writer.' But phrases like 'more generous morality' and 'inclusiveness' to describe your morality, or terms like 'ignorant' and 'intolerant' to describe your opponents, which your commenters have used, are equally disingenuous. The fact is there are a lot of people who believe, for very good reasons, that homosexual behaviour is something more than a mere statistical abnormality. I'm sure you don't want your blog to descend to an argument around that point, and in any case blogs will never be a suitable vehicle for exploring moral philosophy. Suffice it to say that your book (no, of course I haven't read it, life's too short) is, wittingly or no, one more salvo in our modern culture wars. Self-righteousness doesn't really help your cause and is actually quite distasteful.