What do do if you win the Lottery 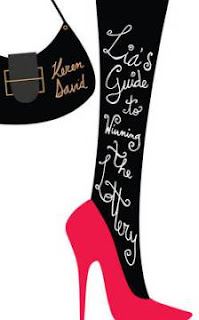 If you should ever be so ?lucky as to win millions of pounds, you might wish you had read this latest book by Keren David. Her heroine Lia finds herself the surprised owner of £8m after her best male friend buys her a lottery ticket for a birthday present.

David has already made a mark on the children's book world with When I was Joe and its sequel, Almost True. It must have been a relief after those novels featuring knife crime, witness protection and life on the run, to turn to champagne, designer handbags and luxury hotels.

But although there are a younger sister with longings to go on Britain's Got Talent, love interest in a mystery boys and some delicious side swipes at the fashion for Paranormal Romance for teens, this is not a frivolous book.

Lia is flung up against some quite hard problems straightaway. What is the morality about keeping all the money? Should she give half to Jack, who bought the ticket? Buy a flat and go and live on her own or help out her struggling baker father and buy her family a new house? Should she stay on at school and take her exams? Lia is only sixteen and doesn't have all the answers.


At first, she doesn't come across as very likeable; in fact when we meet her, she is being thrown out of the house by her mother for being rude and obnoxious. And she does seem to me rather young for her age; more like a fourteen-year-old. But you have to be sixteen to play the lottery and that's the donnée of the book.

Later on it's important that she is sixteen for another reason. 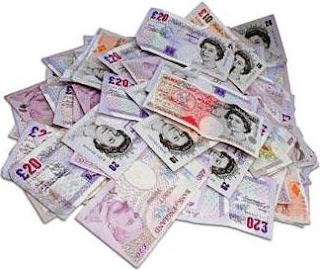 Perhaps we all dream of winning large sums of money? I know I do (though it's offset in my case by only once ever having bought a lottery ticket!) It's difficult enough to be sure we'd use it wisely even if we are quite grown-up and sensible. For a sixteen-year-old the whole story is full of pitfalls.

All sorts of people come out of the woodwork claiming to be friends (= worthy to be bought expensive presents) while Lia's two real best friends both have problems with accepting anything from her. Jack wants a motorbike but his mother is terrified he'll have an accident when he gets it. And Shazia is made to return a few gifts because her father disapproves of the gambling represented by the lottery. Actually so does Shazia, when she comes to think of it, because she is a devout and serious girl.

All of which gives Lia food for thought. And then her little sister seems to be in danger.

It's an exciting read with plenty of surprises along the way. But a one-off, I think. I believe David will be returning to gritty adventure with her next book, a third title about Ty, the protagonist of the first two books.

Ah well, you only win the lottery once I suppose.
Posted by Mary Hoffman at 19:37

I must admit I was wondering how this would turn out as it seems such a change of subject after When I Was Joe - but I'm pleased to say I loved it.

I am fascinated by the "winning the lottery" question. I ask myself this quite a lot - would I continue to write books? Would I continue to live where I do? Would I worry so much about the future? And in pretty much all cases, I think the answer would be yes. Except for the house... been trying to sell it for four years, and winning the lottery would enable me to give it away and just MOVE.

Thank you for this - I'll read it then! Wasn't sure before as it is such a departure and looked a bit frivolous. Not that I have anything against frivolous, I hasten to add - it just doesn't suit my present mood.

I often ask my 16-y-o bint what she would do if she won the lottery, so maybe she would like to read this. There is always a lot of giving away of money and some shopping and some charities. It's probably the same for most people

Still, in this time period, there are some people who are completely rely on luck by investing time and money. But, according to me, it should be taken as an entertainment rather than being dependent for the whole life playing on a risk. To give a better understanding, this is the idea to promote with the team of essay writing help in Dubai so that they can also get a reality check.