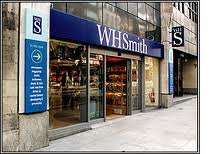 At least in WHSmith. I heard this item on Woman's Hour this morning:

The term ‘Women’s Fiction’ will no longer be gracing WH Smith’s shelves after two customers complained to their chief executive Kate Swann, appealing to her ‘in sisterhood’ to remove the term. Teacher Julia Gillick and policy advisor Claire Leigh complained to WH Smith after spotting a stand branded ‘Women’s Fiction’, which they felt was outrageous and offensive. So, is the term Women’s Fiction offensive and demeaning to women or is it a handy label for shoppers to find books they like? (Taken from BBC website)

There was a delightful irony in hearing this discussed on a gender-labelled Radio show but it's a real subject and one that greatly interests me. I don't know exactly which titles WHS used to stock under this label but I note that many literary agents use the term to clarify what kinds of books they do, or don't represent.

We are used to terms like ChickLit and ChickFlick, and they usually seem to be more about who wouldn't like the work described rather than who would. Men are supposed to like thick bricks of books, with tinfoil on the covers, written by ex-SAS men or Navy SEALs, while for women something that hints of shopping (especially with shoes involved) is supposed to press the right buttons.

At the movies, the testosterone-filled want exploding cars and gunfights, while the oestrogen brigade need kisses and tears: The Bourne Ulitamatum vs How to Make an American Quilt. But how did we reach this ridiculous situation? My husband can't be the only red-blooded male who enjoyed I Capture the Castle, Sense and Sensibility, The King's Speech and the TV adaptation of Ballet Shoes ("Why did no-one tell me about this book when I was a child?" "Because you were a boy!"). But I can't put the other side of the picture by being entertained by bloodshed and torture (although I do watch Torchwood, albeit through interlaced fingers).

But I like my fiction a lot more muscular than most of the books that would probably have made it on to WHS's shelf designed to appeal to my sex. The Lacuna, for example, is by a woman - Barbara Kingsolver - but it never occurred to me it might be for women. It's about Frieda Kahlo and Diego Rivera, Leon Trotsky and McCarthyism in America. And what about books like The Hare with Amber Eyes? Not fiction I know but equally appealing to both sexes I would have thought.

What is gained by this rigid assumed division of gender tastes? One of the contributors on Woman's Hours - Claire Leigh, I think - asked why not group books under genre: Romance; Historical fiction etc as is done with Crime/Thrillers, Horror or SF/Fantasy. A very sensible suggestion I thought.

But the rot has set in LONG before anyone is old enough to choose an adult book in a bookshop or Stationers. Girls brought up on a diet of Rainbow Fairies and similar series would have no problems with a section labelled "Women's Fiction." In fact, you might as well call the shelf "pink books" and be done with it! Likewise, boys who are  encouraged to read only titles like Beast Quest, will have no trouble avoiding the books provided for Sisters once they are grown men.

Perhaps this is another area where e-readers will liberate people who are worried about being judged by the cover of the book they are reading? The reading preferences of anyone holding a Kindle remain a secret.
Posted by Mary Hoffman at 16:05

I would love to see the end of Rainbow Fairies and Beast Quest. My daughter, now sixteen, never read either and I think her reading tastes are all the more diverse for it.

As you very rightly point out, there's nothing wrong with labelling books as romance, fantasy etc. It's time to cast off the names chick lit and women's fiction, with all their negative and snooty connotations. Books shouldn't be pigeonholed in this way and no one should be ashamed to be seen reading them.

I've always read strange things. I started out with Secret Seven and Famous Five and moved on as a teen to reading my dad's choice of library book - 'real life' war stories - rather than my mum's Catherine Cookson type romance. Over at OurBookReviewsOnline anything vaguely soppy or sentimental gets given to The Mole. having said that just to be contrary, I love Sophie Kinsella's Shopaholic series!

I am very catholic in my reading tastes--I used to adore Desmond Bagley and Alastair Maclean as a teen as well as Dodie Smith, Noel Streatfield and (hate to admit this now) Barbara Cartland. I also read Jane Austen and Charles Dickens along with other more literary tomes, I hasten to add! As far as films are concerned, I've watched and enjoyed X-Men with the Son and the Husband, and She's the Man (based on Twelfth Night) with Daughter--along with endless Bleak House, Pride and Prej etc etc. What I won't watch is horror or mindless violence. I don't think Women's Fiction is at all a helpful label, and think the genre idea is much more sensible. Reading tastes are as diverse as readers--and shouldn't be dictated by what sex you are. Do WHS have a shelf labelled 'Men's Fiction'? QED!

You could be right about the Kindle being key to a reading revolution. I hate things being segregated by gender. It's such a small part of our make-up, yet is exaggerated in almost all of life. We're constantly reminded of how we should act, speak - and read - according to our gender, and some even try to claim it's biologically based, or that we've evolved to be that way from hunter-gatherer days. Scary stuff! Scarier by far is how easily we slip into those cliches.

There are dangers with any categorisation system. Is Austen going in romance? Social satire? Books by dead people? Or are we stuck with 'classic literary fiction'?I am probably talking nonsense - have just been at a literary event where someone told me Day of the Triffids is the first zombie novel (if you subsitute triffid for zombie - very convincing!)

I wish I'd heard the discussion. I think the women were right to complain. It reminds me of the way Sainsburys has a sign saying 'Children's Cereal' over all the sugar-enhanced and chocolate-coated breakfast cereals, which I have often thought of complaining about and never got around to - maybe I now will.

People who complain about such trivial things really need to get a grip. What is so wrong with the term women's fiction, or chick lit? It describes the market, and I'm not ashamed to be seen reading it. In fact, our website is getting more popular, a site all about ChickLit in fact, and I think it shows the demand it is still there, more than ever. There are far bigger things to complain about than the term given to a group of books, and I can't believe someone like W. H. Smith is listening to such nonsense.

Well said Chloe.
The term 'women's fiction' is a loose, umbrella term for all books that are supposed to appeal to women, within which there are many and varied categories. It makes commercial sense to be able to group these books together in one section. That's not to say that every woman MUST want to read it, nor does it mean that no man can EVER read it. Surely people realise this?
I'm proud to write women's fiction; I think it's a great, descriptive term!

Just because one doesn't like a small thing, Chloe and Sarah, has no implications at all for how one feels about a larger issue.

I am very good at complaining, or rather campaigning, about bigger things; it doesn't make these two women's protests "nonsense."

Sarah, you may say "… nor does it mean that no man can EVER read it", but in practice it makes it much less likely that any man ever will do so.
For a man, browsing books in the 'women's fiction' section in WHS feels almost as uncomfortable as hanging round the lingerie section of M&S.

I very much like the term 'Discerning Women's Fiction'...ie people like Maggie O'Farrell and Marina Endicott and Anita Shreve. It says something about the readers as well as the writers!! But my husband is a huge fan of DWF and reads a great many women writers.I'm sure it's wrong, though, to pinkify and prettify covers by women writers. Anne Tyler had a dreadful one for Digging to America which would never have been given to her if she'd been a man. Just made her look NOT SERIOUS!