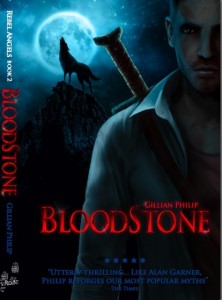 Well, the David Blog Tour is over and I now know how perhaps a very small Rock band feels, after 32 stops in as many days.

There is a tiny coda over at Katherine Roberts' Reclusive Muse Blog tomorrow, about who or what is my Muse. I wonder if you can guess.

Then I'll be back to the old kind of Mavening. There are several books coming up for review so watch this space.
Posted by Mary Hoffman at 21:18 No comments:

The last day in my full month of dragging David round the world with me and we are with my good friend Lucy Coats talking about Mars and Venus. Are men and women really from different planets?
Posted by Mary Hoffman at 01:01 1 comment:

By chance and coincidence I should actually be in Florence today, while simultaneously telling Dwayne Without a Bookshelf my favourite things to eat there. With luck I'll be having some of them!
Posted by Mary Hoffman at 01:01 4 comments:

I'm with Sarah Baker today What Sarah Reads wondering if people care so much about Art these days.
Posted by Mary Hoffman at 01:01 39 comments:

And two sets of martyrs, some would say. Heaven, Hell and Purgatory seems an appropriate place to be!
Posted by Mary Hoffman at 01:01 No comments:

Email ThisBlogThis!Share to TwitterShare to FacebookShare to Pinterest
Labels: David, Florence, Mary Hoffman, Oxford Playhouse, Two bonfires
Newer Posts Older Posts Home
Subscribe to: Posts (Atom)
I am your Grammar Grandma - think of me as your Fairy Godmother for Language. I'll be writing mini-essays here every week on an aspect of language: common mistakes, new usages, how to write more effectively. Look at the pages About me and What I can do for you to learn more.