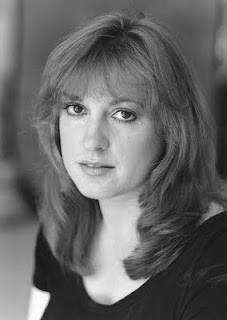 This lovely lady is Julie Bertagna and she is my special guest today. The reason is that after a long wait by her fans, the third book in Julie's trilogy has just come out.

I didn't read Exodus when it was first published but came across it when I had to review the second book, Zenith, and realised I really needed to do my homework before I could possibly do justice to the sequel.

Since then I have joined the ranks of "anxious awaiters" and was not disappointed when I read Aurora. Julie very kindly agreed to answer the questions I had in mind when I finished the book.


BM: There have been long gaps between the three books, published 2002, 2007 and this year, 2011. I'm sure the many fans will just be delighted to have the third episode but do you think there will be any problems with readers not remembering all the details from the other two books? Or are they just such avid re-readers that they remember even better than you do! 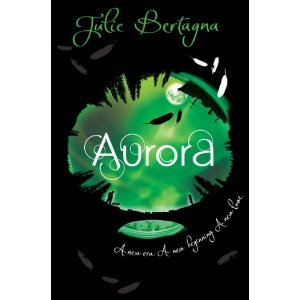 A little bit more about Julie:


Julie Bertagna was born in Ayrshire and grew up near Glasgow. After an English degree at Glasgow University she worked as the editor of a small magazine, a teacher and then a freelance journalist. She has written many award-winning novels for teenagers and younger children and speaks in schools, libraries and at book festivals across the UK. Her books have also sold all over the world. Exodus, her first novel for Macmillan, was shortlisted for the Whitbread Award and was described by the Guardian as ‘a miracle of a novel’. Julie writes full-time and lives in Glasgow with her family.

www.juliebertagna.com
Posted by Mary Hoffman at 19:06

Relieved to see that you too feel the books are very political. Julie sort of disagreed with me on that.

to get to Aurora, i'm re-reading the other two! and i love the new covers!

Well, I'll just enter into the argument! - if I say these are political books with 'issues' that I want to promote then that will turn people off as they will assume I've written a didactic story when that's not the kind of book that fires me imaginatively at all. (Believe me, I've been on the receiving end of that kind of comment before and it can be very vicious and sneering if the person commenting doesn't agree with the politics they think you are peddling.) And that's honestly not where I start from, or the way I write at all - I'm totally bound up with the characters and their story, start to finish. Politics and issues don't enter my head.

But 'real stuff' seeps through... of course it does, subconsciously, unconsciously. It's very subtle and complex. Imaginations are porous. Mine very much so.

The fact is, if you tell a bold story and aim for some kind of truth, it will be political (with a small 'p').

Remember the old saying - 'the personal is political'?

Personally, i think EVERYTHING is arguably political! I think you handled the "issues" very well.

I very nearly wrote in my earlier comment that 'everything is political' depending on how you look at it!

Well, perhaps we look at things the same way! Anyway, I think the way the insurgents (Surgents) are handled is very convincing and well done.

Thank you. Yes, a revolution is definitely a political act! But it's made up of lots of personal struggles, destinies and dreams... and those are the stories we writers tell.

I think we're on the same wavelength - you too, Ann!