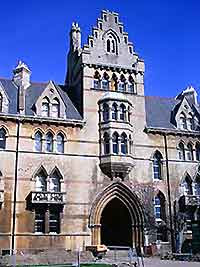 Last night there was a meeting organised by the Oxfordshire Anti-Cuts Alliance (OACA)specifically about libraries. Conservative-run OCC is planning to close 20 of its 43 branch libraries - or rather to withdraw funding from them and offer them the opportunity to be run by volunteers. Last week I talked on Radio Oxford's Breakfast show with Julie Hayward of the Headington Library support group and Keith Mitchell the OCC Leader about the insult to qualified librarians and users this proposal represents.

Anyone who knows me, knows that I have been a campaigner for libraries for over twenty years so will hardly be surprised that I was there. And it did this old campaigner's heart good to hear the passion of the debate and the excellence of the arguments offered.

This is what happened: The first speaker on the panel was Stephanie Kitchen a library user, new to campaigning but having done her homework, who said that the library budget represented less than 2% of the Council's budget. Then Steve Squibbs, a UNISON steward from Hampshire libraries and a Library Assistant himself, told us about the situation there, where, for example 9 out of 11 libraries on the Isle if Wight were up for closure.

Andrew Smith, the Labour MP for Oxford East said, as did many later that the Central library in Oxford's Westgate's Centre, designated as a Hub library, was not a convenient or affordable alternative for many users. He has called for a Commons debate on libraries next Tuesday, at which he will speak. He quoted the 1964 Museums and Libraries Act of 1964 " It is the duty of the Secretary of State to superintend, improve and promote the public library service in England and Wales."

Jeremy Hunt had responded to Smith that the closure of public libraries does not automatically breach the Act. But these closures were just announced on 26th November, with no consultation.

The fourth speaker was Philip Pullman and as usual he delivered a corker of an address, dealing elegantly with a loud heckler in a black hat. He reminded us that it is Keith Mitchell's job to protect services and added that the volunteers idea was patronising rubbish.

Anyone who has the time, the energy, the expertise and the will to offer their services as volunteer is already doing so. Which of the voluntary tasks they were undertaking would Keith Mitchell like them to stop doing in order to run libraries? Pullman spoke about "the greedy ghost of market fundamentalism" that does not understand anything that doesn't work for profit, including libraries.

He spoke about the way in which that had infected publishing and bookselling and he refuted the idea that he and other writers spoke out for libraries only because they were feathering their own nests. He was doing it not for money, but for love, and no-one who heard it could have doubted that.

There were over 300 people at the meeting and it seemed as if all of them wanted to speak. Neil Clarke of the newly-formed Save Botley Library Campaign said 400 people had come to a meeting where Keith Mitchell was ridiculed. After the Leader left, the group rejected completely all suggestions of bidding to run Botley library with volunteers, but that hadn't stopped Councillor Mitchell writing on his own blog that they had spoken favourably of doing so.

John Power urged us to get hold of a "corporate complaints form" from Council offices because each complaint had to be logged. A library user from Bampton, a village near me, had made the very sensible suggestion to David Cameron - her MP and mine - that there should be higher Council Tax bands for houses like the one just sold there for nearly £4m. He ignored it as he did her poinmts about cracking down on tax evasion and avoidance.

Linda Hayward pointed out that the only consultation that was going to take place would be after February, when the decision would have been made and would be only about the process of bidding to keep libraries open with volunteers.

Jonathan Neale of the University and College Union thought we were facing a turning point. He had marched with his own students and been moved by their banners claiming their right to learning. UCU will go on strike if the cuts go ahead, with support from the NUT and Civil Service Unions.

Sarah Bentley of "Our Woodcote Library" said the Central library Hub would be useless to her users since there was no bus from Woodcote to Oxford.

There were far too many contributions to record and my apologies if I have spelled anyone's name incorrectly. But these are the main messages for campaigners:

• Stick together and oppose all the cuts; the case has not been convincingly made that there is need for any cuts in Oxfordshire, which had a 17% increase in its allocation from government.
• Never be drawn into the argument about what could be cut in order to pay for libraries.
• Have no part in the bids for Council support to run the libraries on a volunteer basis; they have not thought through the problems with privacy issues and the Data Protection Act, let alone the Safeguarding implications about volunteers working with children.
• Support qualified librarians, whose skills are being trivialised by the volunteer suggestion.
• Share information, ideas and contacts across all library groups.
• Support the National Library Read-in protest on 5th February organised by Alan Gibbons: http://www.voicesforthelibrary.org.uk/wordpress/?page_id=802
• Come to an organising meeting, also at Oxford Town Hall, on 1st February.
• Lobby the Budget meeting of Oxfordshire Council at County Hall at 8.30pm on 15th February.
• Join the Demonstration against the cuts on 12th February - Assemble 11.30am Manzil Way East Oxford and march to Bonn Square.
* Join the National march for Jobs, Justice and Growth on March 26th in London (phone 07503169657 to book a place on a coach)

I shall be reading and speaking at Bampton library on 5th February at 10am; Philip Pullman will be at Central library at 12 noon and there will be read-ins at Littlemore (10 am), Blackbird Leys (11am) and Botley (11.30am)

If the Council and on the wider scale the coalition government could understand just how unpopular and - more importantly to them - vote-losing these measures are, THEY WILL REVERSE THE POLICY, as they did with the funding for sport in schools and the Booktrust bookgiving initiatives.

And I had last night the wonderful feeling that Oxfordshire people would play a really big part in this.
Posted by Mary Hoffman at 17:42

Has anyone over there addressed the issue of the right of everyone in the community to have access to a library which is accessible to them? People with disabilities, the elderly, parents of young children, the unemployed etc need access to a local library...not a library that cannot even be accessed by public transport.
I am not fully up to date on the equal opportunity laws over there but it may well be that there are other laws which are being breached by library closures. It is worth finding out and then getting as many people as possible to write individual letters to local MPs.

Good point, Cat. People did point out the difficulties - as well as cost - of getting on a bus into Oxford for parents with buggies, disabled and older people.

For the full list of library closures and handy map see http://publiclibrariesnews.blogspot.com/
For reasons to defend libraries, please see http://www.voicesforthelibrary.org.uk/wordpress/

Really terrible wave of cuts to libraries across the UK. I feel for areas where the library is the at the heart of the community, and people who don't have the option of travelling to a larger branch further away.
Neezes
(http://wordingtheimage.blogspot.com/)

This is my Good luck that I found your post which is according to my search and topic, I think you are a great blogger, thanks for helping me outta my problem..
Free Dissertation Topics List

Libraries play an important role in getting knowledge. We should go to libraries, and read informative books related to our field. After some times, you will see that you have achieved your life's goal. Dissertation writing services.

During the Protestant Reformation, the Church of England revived several Roman Catholic ideas and traditions that had been abandoned by Anglicans. Cheap Essay Writing Service UK

Custom website development is crucial for your business. Get web design and development services within your budget range.

You’re a very skilled blogger. I have joined your feed and look forward to seeking more of your fantastic post. I wanted help with that. Dissertation Writing Services suggest by a companion was an excellent deal

I have read it completely and got really impressed. Love to read more about similar types of articles Like Dissertation Writing Services . Thanks a lot.

While all theses start with a presentation segment or section, this is generally composed last. Thus, you will need to start your Buy Assignment exposition work with a solid and complete writing survey. This segment resembles an examination paper and will necessitate that your review and audit the exploration of others, showing how it identifies with your examination question. Assuming you have a UK writings specialist, s/he can either give you a rundown of examination to audit, a survey that exploration for you or art the whole segment. The decision is yours.

This will help our someone to do my assignment for me to know what needs to be considered while writing.

Looking for a website that sells only the best leather jackets? Look no further than Mauvetree . We have a wide range of jackets in different styles and sizes to suit anyone's needs. With top-brand names like Prada, Saint Laurent, and Dolce & Gabbana, you're sure to find the perfect jacket for your style. Not to mention, we always offer exceptional discounts on our products, so you can save even more money. So what are you waiting for? Shop with Mauvetree today!