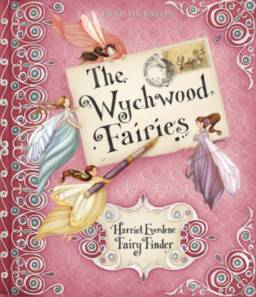 It was only when I came to think about what were the loveliest picture books of the year that I realised they were all published by Macmillan. So stand up and take a bow, editors and art directors at Macmillan, alongside your hugely talented writers and artists, you have produced three of my favourite picture books of this year.

First up is The Wychwood Fairies. Anyone who knows me will be rather surprised by how much I like this book, given my propensity to rant against anything remotely "girly" or pink. But this book by "Harriet Everdene" and Faye Durston is an explorer's manual, not a soppy airy-fairy story about bland squirrel-stroking sprites.

Harriet is an Official Fairy Researcher at Wychwood, a magical area not far from where I live, as it happens. She sends letters and postcards to her niece and nephew, all of which you can read in this delightful feat of paper-engineering. The look is very reminiscent of a Templar "-ology" book and will bring just as much pleasure to anyone who unwraps it under a Christmas Tree. 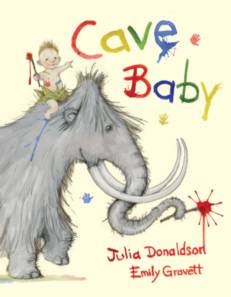 Macmillan have put together two great talents in the persons of Julia Donaldson and Emily Gravett, who combine to make Cave Baby irresistible. Two cavepeople have an artistically-minded baby who wants to decorate the walls of their home. Cavemother does not appreciate his efforts, much like a more evolved parent, but a woolly mammoth captures the baby and takes him on an exhilarating and a bit frightening ride through the night to another cave.

There the baby happily splashes around with paint to produce some wall art that the mammoth family admire. There's a touch of Where the Wild Things Are about it as the contented baby dreams of primary-coloured wild creatures on the final spread. Lovely. 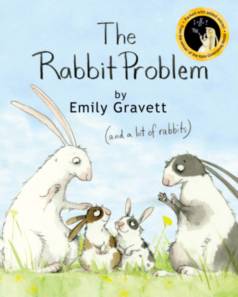 Emily Gravett strikes again with The Rabbit Problem. This paperback edition has a discreet hole through one side, which means you could hang it on your wall and use it as a calendar, but I don't imagine it would stay so out of reach for long. Lots and lots and lots of rabbits multiply through its gloriously drawn pages as one lonely rabbit in Fibonacci's (!) Field, finds a mate and the inevitable glut of bunnies ensues.

This perfect book for lagophiles, which even includes carrot recipes, ends with a heavenly pop-up explosion of rabbits leaping out of the last spread. Heavenly.

I hope lots of children get one of these in (eek!) less than two weeks' time. Preferably all three.
Posted by Mary Hoffman at 14:12

I know someone who might very much enjoy The Wychwood Fairies by the sound of this review. Thank you! I will investigate further myself.

Wychwood Fairies is very very beautiful. Faye is so clever and an excellent illustrator.

can't wait to get Wychwood Fairies! such a eautiful book!

Ooohh - off to chase rabbits!

I wrote The Wychwood Fairies, and I wanted to thank you SO much for saying such lovely things about it!

(And thankyou too, Jackie!)

Oh Faye, you are very welcome! It's a lovely book.

When I saw that fairy book I thought your blog had been hacked! I'll have a look, though. And if that Emily Gravett book really has a field called Fibonacci's Field, I have to get it :-)

Thankyou! So glad you liked it :)