My YA Novels of the Year 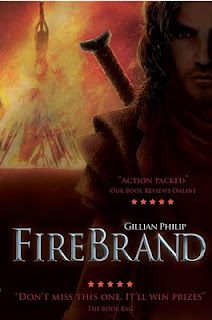 These are the books I have already blogged about this year or have had guest posts for: When I was Joe, The Enchanted Glass, Castle of Shadows, Wasted, Dead Boy Talking & Almost True, City of Thieves, The Mourning Emporium.

What a year!  And that's with my having to take time out from reviewing YA fiction from May to September because I was a judge for the Booktrust Teenage Book Prize. Then, once I was reading books that fell outside that time period, I could write about novels again.

And there are others, that were part of our longlist or shortlist that I couldn't mention at the time, so I'm now going to rave about a few more! The Prize was given to Gregory Hughes' striking debut, Unhooking the Moon, but that were some other corkers on the shortlist.

I particularly liked Halo by Zizou Corder, an unusual story about an orphaned girl brought up by Centaurs in ancient Greece. I thought it full of unexpected events and plot developments and interesting characters. Sarra Manning's Nobody's Girl was a perhaps more usual teenage girl fare but I so loved the way the heroine got her revenge on the mean girls and their Queen Bee that it stood out for me.

There were several books on our longlist that I really rated too - Keren David's When I was Joe (see above), Tamsyn Murray's quirky black comedy My so-called Afterlife and Marie-Louise Jensen's Daughter of Fire and Ice, to name but three.

And since the judging ended I read, reviewed and drooled over Gillian Philip's Firebrand, which is my Book of the Year in this category. Published by a smallish independent, Strident (who also published Linda Strachan's Dead Boy Talking and her earlier Spider, which just won the Catalyst award) Firebrand has already re-printed and is moving off the bookshop shelves faster than you can say "paranormal romance."

I said in my review for the Guardian that I hadn't enjoy a book in this genre so much since Susan Price's The Sterkarm Handshake, which leads me to two pieces of good news: Firebrand is the first in a trilogy and - pause here for a roll of drums - Susan Price is well stuck in to a third novel about the Sterkarms.

I can't wait for all these and many other great books in the coming years. And I hope to review them all here.
Posted by Mary Hoffman at 11:06

Never truer words said--the only ones I haven't read are the Manning and the Hughes (have the latter in pile, will order former). As you know (!), I am a huge proselytiser of the Firebrand faith, and, like Keren, am giving it to many many people for Christmas. I've been terribly late to the Sterkarm party--can't think why I missed out--but having just finished A Sterkarm Kiss, am utterly delighted to know that Per and Entraya will ride again.

Firebrand is fantastic - but then I knew it would be because I'm a total fangirl about Gillian's books. As Lucy said,I'm giving it to every red-blooded woman I know.

They certainly are all brilliant books, Mary!

Ah, the lure of that wicked faery boy....

information which is very useful at all, after reading this we are very interested to read the other information
obat pereda nyeri persendian tradisional

.I really like the content in this website, are all new things and new lesson for us this very increase knowledge becomes more widely,
obat penghancur tumor di ginjal tradisional

thank you very useful information admin, and pardon me permission to share articles here may help :


Your article had provided me with another point of view on this topic. I had absolutely no concept that things can possibly work on this manner as well. Thank you for sharing your opinion