Books - can we trust the government? 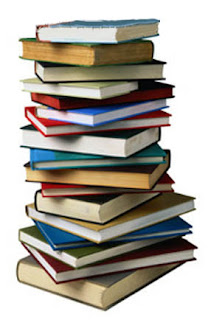 Hot on the heels of the library cuts debate came to threat to cut the government subsidy to three Booktrust bookgifting schemes: Bookstart, Booktime and Booked Up. This is spite of the fact that Booktrust generates £56m against the £13m given to them.

I have been busy writing letters to the press and MPs, including mine, the PM, for weeks it seems. But the absolute Yuletide biscuit has to go to Ross Clark (who he?), writing in the Times on 27th December. In case you missed it, and of course you can't read it online without being a Times subscriber, he had the nerve to say that children's writers speaking out in support of the Booktrust schemes, such as Philip Pullman, were just lamenting another chance to line their pockets.

Yes because writers for children are all as rich as JK Rowling, I suppose? It was a phenomenally ignorant column and I wrote a furious letter. They did publish it on 29th, but since they cut the last two sentences, I reproduce it in full here:

"What planet is Ross Clark living on? (Thunderer "Booktrust funding is just an enormous bung for authors" 27.12.2010) One where nurseries and schools are "awash with books" and children's authors "have grown fat" on proceeds of Booktrust's bookgifting schemes is much more of a fantasy than the world he posits where there are "fountains of free soup."

Mr Clark dares to impugn Philip Pullman's good faith in calling for the government not to cut funding to Booktrust's schemes (a decision which has fortunately been reversed). When I heard about the plan to cut the bookgifting schemes, I and many other children's authors wrote to the press to complain, with no idea whether my books were used in the schemes or not. I doubt that Philip Pullman checked on whether his books were included either because that is entirely not the point.

Doesn't Mr Clark know how many homes in the UK are without books? Or how many school and public libraries have been closed and are threatened to disappear under the coalition's proposed austerity measures? And how many librarians will lose their jobs?

Another fact he might have wanted to check on is how much on average children's authors earn per year. In the survey I published in 2006 and others carried out by the Society of Authors it was around £5K. Unless Mr Clark is similarly poorly rewarded for his writing, I suggest he donate his fee for that outrageous column to the Royal Literary Fund's benevolent scheme or, better still, use it to buy some books for his nearest poor school.

Though I suspect it will be a long taxi-ride away from Planet La-La".

The piece accusing authors of pocket lining does sound witless and your letter was spot on. I am not a great supporter of bookstart though. As an former English teacher and literacy co-ordinator in one of the country's poorest areas I would rather see £13 million spent on employing well qualified early years and infant teachers for age 3-7 year olds so that in the most deprived areas classes were less than 20 children and preferably less than 15. £13 million pays for a lot of teachers.

My experience as a parent with bookstart is that unless you are pushy middle class you won't get most of the books anyway. See my blog post of March 2008 on the battle I had to get the books. http://juxtabook.typepad.com/books/2008/03/book-start-book.html

I think it is easier to target adding extra teachers than targeting the books to the right kids. Probably more effective too.

None of which takes away from the fact that Ross Clark's arguments appear (as I haven't read as The Times is behind its paywall) to be pointless in a debate on literacy, and good on you for writing that letter.

Outrageous, Mary! Many thanks for writing that letter. It's the stupid ignorance of the man that annoys me...

I saw your letter and applauded it, Mary and I am very glad to see the sentences they cut. And do not get me started on that PESKY PAYWALL....it drives me completely bananas now that I can only buy the paper edition when I go to Waitrose on acc. of no deliveries to my road. GRRRR! But good on you and Happy New Year.

Similar things are happening Downunder. The government found the money to supply all final year students with a laptop computer one year (whether they had one or not) but they have cut spending on libraries. Reversing their priorities would have made more sense.

Happy New Year Mary - and may 2011 be an excellent year for the Book Maven.

Well said re. this preposterous opining in the Times. I, too, would like to thank you for writing this letter. This kind of misapprehension about authors' earnings from book gifting is pernicious and damaging - both to the public perception of authors, and to the gifting scheme itself. Authors receive very little from having their books gifted, but the children who are given them gain a great deal.

Thank you, Celia, and a very good one to you too! It really is time you won one of those prize-thingies we talk about from time to time.

And now we have Ann Keith of Cambridge saying the same thing in today's Observer! And she's apparently a librarian - I can't fetch up a deep enough sigh.

Why did they cut the last two sentences, Mary? Is there some global conspiracy to cover up how little most authors earn? Good for you writing in.

As for those fat children's authors... must refer to a handful of popular names, I guess, who would be "fat" with or without this scheme.

gan good job, this article is very interesting to note, cool deh,, of course we have new insights that we get after reading it, thanx yah :-)
obat penghilang polip hidung tradisional

a very interesting information, with this insight we are getting, thanks a lot for various information
multivitamin untuk mencerahkan wajah kusam

Trust me, your blog says a lot. I will love to read this book of yours, and I am placing an order for it by the end of next month. This is because I will buy dissertation service first as it is my final year of graduation. Once I am done with my academic needs, then I will look upon buying this book. The summary you have shared is cool, and I will love to be a creative writer like you.

Some people may have heard of smart light bulbs, but have you ever heard of Smart LED strip lights? These little tools are more flexible and give the user a wider range of options.

Our clients trust us for reliable and highly functional applications. Being one of the leading companies in Pakistan, we provide the guaranteed value with manageable projects. Web and Mobile Application Development

I am reading about this book, but I have concluded it is written for the students who are weak in grammar rules. They can not write an essay on a general topic, so more and more students may be able in writing their essays and assignments after reading this book thoroughly. dissertation proposal writing services