The future of the book (or Cake in a Digital Age). 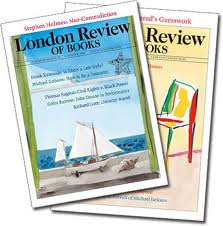 The first was the weighty title of a panel discussion hosted by The London Review of Books at the Edinburgh International Book Festival. The chair was Nicholas Spice, LRB's publisher and the panel was Mary-Kay Wilmers, its editor, American academic James Shapiro (of whom more anon) Andrew Franklin, the founder of Profile Books and Andrew O'Hagan, author of The Life and Opinions of Maf the Dog and of His Friend Marilyn Monroe.

As recent background Spice cited Amazon's announcement that for the first time sales of ebooks were outstripping those of hardback titles and the fact that America's bookshop chain Barnes and Noble seemed to be in trouble.

James Shapiro said that the University of Michigan Press would in future produce only ebook versions of their titles. And that American literary book reviewers were all applying for Law School. He was also scathing about Wikipedia and the fact that students turned to it first for their research. And apparently 40% of US students admit to cutting and pasting from the Net in their essays.

O'Hagan lamented the Google settlement as "an act of pure exploitation" and Spice worried that the loss of printed books would lead to "the amateurisation of critical discourse."

So far so dismal. It was enlivened by Mary-Kay Wilmers' wildly indiscreet remark about the quality of Cambridge University Press books. And Andrew Franklin thought there could be a role for literary magazines and publishers. Shapiro thought they would be needed as "gatekeepers", a remark which incensed one member of the audience heard hissing on the way out about "middle class white self-appointed gatekeepers."

Perhaps "signposters" would be a better term one listener suggested.

The LRB also runs a cake shop and café, leading to Spice's memorable remark that "the future of cake is secure in a digital age." 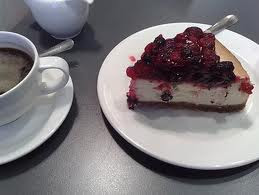 But only Andrew O'Hagan was careful to distinguish between the book as content and the book as format, referring to "the disembodied book."

To be honest, I didn't come away from this session feeling any the wiser about what might happen to the "embodied" book. I wanted to know if EIBF would in future be ebf and how an author might sign an ebook. The truth is that everyone has an opinion on this issue and there seem to be very few answers backed by anything other than hunches.
Posted by Mary Hoffman at 14:25

Oh well, I guess everyone's guessing and nobody knows. Certainly you can't get digital cake...

No--more's the pity. I'd like to be able to reach into my laptop for cake.... Sounds like they spouted a lot of hot air and not much substance, Mary. Rather like that virtual cake.

Look on the bright side - virtual cake would make food shopping less expensive, and we'd all lose weight while being able to eat as many slices as we want. We'd get nourishment simply by looking at the picture, yum!

As for e-books... they still need content, don't they? Someone has to write it...

I have just downloaded iStripper, and now I can watch the hottest virtual strippers on my taskbar.