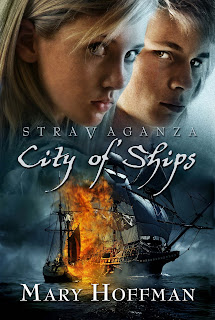 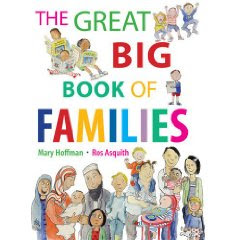 I almost forgot that yesterday was also a publication day for me, in all the excitement about the Book Maven birthday bash. The Great Big Book of Families was published by Janetta Otter-Barry Books, a new imprint of Frances Lincoln. I've had the foreign editions (now up to 12)for ages and we had a very nice launch at the fair (see Bookbrunch http://tinyurl.com/bqtlml and the Bookseller http://bit.ly/9TCjj7). So I suppose it seemed as if it was already out.

And while I'm being forgetful, there was Stravaganza: City of Ships too on 1st March. It's the fifth book in the sequence and has already had a nice offer from Holland.

There now, I shall stop blowing my trumpet for this year! No more new titles apart from paperbacks and reprints, so it will be October next year before I post another cover and that will be my David, the novel about Michelangelo sculpting the statue.
Posted by Mary Hoffman at 15:04

Did you know you can shorten your long links with AdFly and get cash from every click on your shortened urls.