A début and a departure 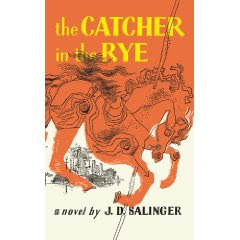 I've just read When I was Joe. Keren David's first novel (Frances Lincoln). It was one I resented having to put down in order to do other things and always returned to with a sigh of relief. And - this is rare for me - I didn't know what was going to happen next in the plot.

The subject already interested me. Ty has had to enter a witness protection programme after being present at a fatal stabbing in a park. Exactly what happened and what part Ty had in it is only gradually revealed, most skilfully, by the author.

I've sometimes mused about writing a book where the as it were second character turned out to be in such a programme, because there must be a fair old number of them about now.

Anyway, Ty and his young mother, Nicky, become Joe and Michelle, with the usual hair dye, scissors and contact lenses and move to a new town and a new school. Here Joe becomes a new person, discovering that he is attractive to girls, good at athletics and altogether a much cooler guy than Ty. (Wow, I thought; they should market those lenses!)

It's not long before Joe discovers he's not the only one with a secret and it's the most unlikely girl who stirs his interest. On the way he ends up in a lot of trouble and has to be moved and reinvented again. David is particularly good at showing how easy it is to be seen as the culpable "bad boy" if the chain of circumstances goes a certain way.

I have only two reservations about this fine début. One is Joe's occasional adoption of "Gangsta" argot; it may be accurate (I'm sure David did her research) but I found it embarrassing and it made me uncomfortable. The other is that the book doesn't exactly have a proper ending: you know you have to wait for a second book to resolve the story - indeed the publisher prints the first chapter of the next book at the end of this one.

I particularly dislike that marketing ploy, even though I've sometimes had to accept it in my own books. There's no doubt it works: I bought Jodi Picoult's The Pact because its first chapter was printed at the end of My Sister's Keeper. But it works only once - I've never bought another of hers, having decided she just isn't good enough.

And it's no substitute for a proper resolution to the existing novel.But when I was Joe is a terrific read and I await the next novel eagerly.

I know that Keren David is an admirer of J D Salinger and of course he has just died at 91. I expect the equivalent of the Cormac McCarthy supporters who jumped on my blog for my having wondered why he didn't use a computer will be equally vocal when I say I don't share David's admiration for this writer.

At least, I don't admire The Catcher in the Rye, which I think is one of the most overrated novels of the 20th century. Influential yes, too much so. One can't blame Salinger for all the many Holden Caulfields it spawned, any more than Tolkien is to blame for the mountain of sub-LOTR fantasy that followed his work.

CITR is the opposite of Leanne Shapton's book reviewed earlier this month in that it is eminently imitable.

The obits tell me that his short stories are worth reading so I'll give him another go but I think that CITR has a position in 20th literature quite out of proportion to its merits. However, if it speaks to a reader then it earns its place in their emotional and literary development.

Maybe you need to be a 16 year old boy to think it's a masterwork. Perhaps Joe will read it but I rather think he doesn't need to.
Posted by Mary Hoffman at 13:58

:-) I'm not a fan of The Catcher in the Rye either - in fact, it's on my very short list of books I didn't manage to finish... I'm looking forward to reading When I was Joe, though...

I too have enjoyed reading 'When I was Joe'.

Salinger probably shared your opinion of Catcher in the Rye. At any rate, he was enormously unhappy with the masses who adopted him as their patron saint in the basis of it. Like Jack Kerouac, Salinger found out the hard way that fame's dark underbelly can be a heck of a thing to be trapped under, when you're trapped by your readers actually misunderstanding you.

Salinger's real talent is apparent in his series about the Glass family: Raise High the Roofbeam, Carpenters; Franny and Zooey; and Seymour: An Introduction. One of the Nine Stories is about Seymour, too--A Fine Day for Bananafish.

Catcher in the Rye was only a practice work for a much deeper, more intense exploration of both Buddhist thought and the craft of vivid fiction.

Concerning 'Catcher in the Rye', I think often a book's reputation has less to do with its intrinsic quality than with the type of person that makes up the majority of its readership. Young men love it, and young men always know they are right and are quick to inform everyone of what they know.

The equivalent is 'Twilight' today. (Although Catcher is better than Twilight.)

'When I was Joe' is a book which, having finished it, I can't seem to stop thinking about--a rare compliment from me. I didn't worry about the Gangstaspeak--I've heard lots of kids from all sorts of backgrounds morph into Gangsta from whatever accent they originally had--and back again without even seeming to notice they are doing it. I have mixed feelings about Catcher. I had to study and deconstruct it for my degree--and that's enough to kill the pleasure in any book, though I believe I enjoyed it on the first reading.