Mistress of her craft 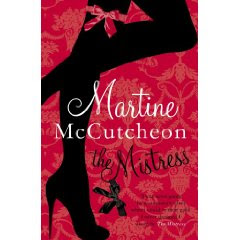 I have been resisting the urge to write about celebrity novelists but can hold back no longer. Literary agent Charlie Campbell wrote a brilliant guest post recently on Scott Pack's Meandmybigmouth blog, here: http://tinyurl.com/ykeabm6

He describes the publication of Martine McCutcheon's novel The Mistress as perhaps "the final straw, that wonderful Ratner moment, where the public feels they've had enough of this particular brand of patronising rubbish."

I love that "Ratner moment" and I wish I could believe Charlie Campbell was right. I heard Ms McCutcheon talking about her book on Woman's Hour not long ago and felt quite sorry for her. She is clearly a nice but dim sort of celebrity, who at least did write her own book, unlike so many, but she is also clearly not a reader.

Now, The Mistress is not aimed at readers like me, so why should I worry that the extract she read out was so painfully cliché-ridden? Again, I can't put it better than Charlie Campbell: 'Agents and editors are supposed to act as gatekeepers, to stop writing like this from ever being published.'

I think it matters more to me now that I hear of good writers having contracts cancelled and advances more than halved. There has always been rubbish but now it seems as if it's published at the expense of the good stuff.

I also heard Tracy Chevalier and someone else talking about the same phenomenon on the Today programme and good old Tracy said she was tired of hearing the argument that the sales of celebrity books financed the publication of better books with smaller markets. She said something like, 'they just finance the advances for more celebrity books' and I think she's right.
Posted by Mary Hoffman at 21:30

Tracy Chevalier was good but Sarah Montague didn't have time to go into the argument in any depth and the Waterstones guy got away with murder. The issue of table-space and publicity displays didn't come up.

I too am hoping for that 'Ratner moment', but not with any expectation. The funny part of the Woman's Hour interview was that M McC actually thought she'd written a good book. (No, actually, that wasn't the funny part, it was the awful part.) Bless. Well, writing isn't difficult or anything.

This must be a UK thing - I've never heard of Martine McCutcheon ...

Kate, she's a British TV and film actor who had a long-runnning part in a soap opera. You might have seen her in Love Actually where she was Prime minister (!) Hugh Grant's girlfriend.

Gillian, I expect nothing (but annoyance) from Sarah Montague! Martine McC. is "interviewed" in this morning's Guardian. It appears her mother writes novels too, heaven help us.

Oh ugh ugh and ugh. Very interesting post, Mary, though I confess I am now considering giving up. I don't know how to spell the sound for shuddering and shaking and wobbling cheeks with a kind of deep gasping groan, but that's what I'm doing.

That's just the kind of description that will get you published everywhere, Nicola! Don't seek for alternatives.

No, wait, you haven't been a monr TV soap star have you? Might need to try harder.

Celebrity books are the sub-prime market and we are heading for a literary credit-crunch. And that ain't no metaphor.

Sadly, no, I haven't been any sort of soap star. I realise that this is my undoing and the reason I will never earn my fortune as a writer.

Nick, you're right. And there's a great Guardian article today that will make you feel that even more, though it's re price-cutting rather than celebs: http://www.guardian.co.uk/books/2009/nov/10/waterstones-high-street-bookselling

eToro is the best forex broker for newbie and full-time traders.