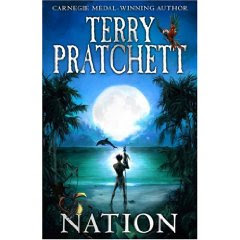 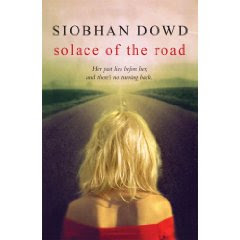 Four very strong titles on the shortlist for the Guardian Children's Fiction Prize. Siobhan Dowd was on last year's shortlist too, with Bog Child, which went on to win this year's Carnegie Medal.
Sadly, Siobhan died in 2007, but that did not preclude victory for what her publisher called "the big one."

The Guardian is a pretty big one too and Terry Pratchett will be delighted to be on the shortlist with his Nation - something very different from his 30+ Discworld series or his books for younger children, such as Maurice and his Amazing Educated Rodents, which won the Carnegie Medal.

Mal Peet has won the Carnegie too, with Tamar, and was a Guardian judge last year. Now he is on the other side of the process, with Exposure, the third of his not-football-novels set in South America, this one drawing for inspiration on Othello.

Morris Gleitzman makes a worthy fourth contender, with Then, the sequel to Once. Holocaust novels have been fashionable (if it isn't distasteful to put it that way) since The Boy with the Striped Pyjamas but books like Gleizman's and Markus Zusak's The Book Thief are altogether more authentic novels.

The judges - Patrick Ness (last year's winner) Celia Rees and Andy Stanton, with Julia Eccleshare as Chair - have a hard task to come up with one winner out of such a shortlist. Their decison will be announced on 8th October.
Posted by Mary Hoffman at 21:05