Death of a fairy 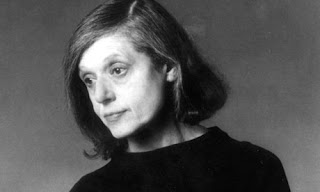 I suppose I first met Naomi Lewis at a publishing party about thirty-five years ago. Over the next three decades, she was always there, always the same, a tiny figure dressed in black (invariably) and always at the centre of a group of fascinated listeners.

Chris Powling confided early on that he believed she was a fairy. She certainly knew how to enchant. I used to take my three daughters to some of these parties and she was unfailingly kind to them and genuinely interested in them. She heartily approved of the fact that we were all vegetarians (this is no longer true of the youngest) and I could not get her to read Peter Dickinson's The Dancing Bear, which I thought was his best book, because she would not even consider a story which touched, even sympathetically, on any harm to animals.

She explained to me at one such party - the only way we ever met - about how she rescued London pigeons that had cotton or nylon tangled round their feet. Although I share her compassion for animals, I would find it VERY difficult to pick up a pigeon, let alone untangle anything from its claws.

Her reviews of children's book in the Observer were always illuminating and beautifully written. And her collections of re-tellings of fairy stories will remain on my shelves for ever.

She was ageless and asexual and able to do things I couldn't, like a true fairy. It's a few years now since I'd seen her at a party but I had no idea that she was only 26 months short of her centenary. I don't know what her actual funeral will have been like, but I like to think of it as William Blake's vision of a cortège of grasshoppers and a rose-leaf for a bier.
Posted by Mary Hoffman at 15:25

Very sad to hear of Naomi Lewis's death. Thanks for writing about her. I too remember her from those parties....

Me too--and she WAS just like a little spry fairy. Somehow ethereal, and not quite of this world. Now I come to think of it, she reminded me of Alison Uttley, whom I met as a small child. AU was also tiny, slightly stooped, and dressed in a leaf-green cloak with a silver clasp. I'd never made the connection before, but the two of them could have been fairy twins.

But with all the stuff that's come out recently about Alison Uttley it seems she was a bit of a bad fairy!