A first and big feet 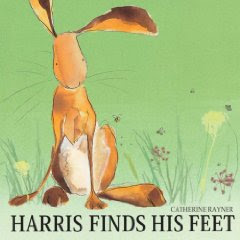 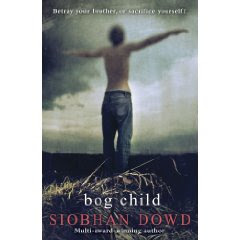 This is the first time ever that the Carnegie Medal has , in 72 years, been awarded posthumously. And it has gone to Siobhan Dowd, for Bog Child, the last book she finished, just a few months before her death from cancer in 2007.

A very shouty David Fickling, who published all Siobhan's novels, said she would have been "so wickedly delighted to have won ... the Big One." It was an emotional moment when the prize was announced and all three of Siobhan's sisters were there to accept it on her behalf, Denise thanking David and the two other people who had helped to launch Siobhan's career - Writer Tony Bradman and her agent Hilary Delamere.

But it was not an emotional decision; the book has been widely praised for its beautiful writing and the accomplished interweaving of the plots of hunger strikes in Northern Island and an ancient corpse of a young girl found by archaeologists. It tells the story of Liam whose older brother is close to death in prison, following Bobby Sands, and the history of the child found in the bog.

Earlier, Catherine Rayner had charmingly accepted the Kate Greenaway Medal for Harris Finds his Feet, a picturebook "about a learning curve" in which a hare grows into his outsize feet. Much was made of Catherine's own size eights, which were discreetly hidden behind the podium.

Behind me were sitting an earlier short-listed author Linda Newbery and 1976 winner K M Peyton, in front of me Siobhan Dowd's agent and beside me one of the judges. It was a special place to be on a special day.
Posted by Mary Hoffman at 22:23