Caviare to the general 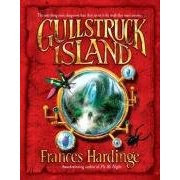 The first book for children I enjoyed this year was Frances Hardinge's Gullstruck Island ( Macmillan), which came out in January. It took some getting into and runs to around 500 pages but it was thrilling to see this very unusual writer begin to command her talent.

The first Hardinge title, Fly by Night, won the Branford Boase award. Reviewing it in the Guardian, the late Jan Mark greeted Hardinge as a "hugely talented writer of tireless invention and vivid prose" and Jan was hard to please.

But she also added: "Every incident and description is so embellished with similes and dependent clauses that the narrative is left hanging about like a disconsolate bloke in Miss Selfridge, abandoned outside the fitting rooms while the style lingers to admire itself in the mirror."

That was it: a great natural talent that needed an editor with a ferocious blue pencil - or at least a dab hand for Track Changes. There wasn't much sign that she'd found one in the second novel, Verdigris Deep. which took us out of the parallel world of Mosca Nye in Fly by Night and into a sort of Diana Wynne Jonesy world of meanacing shopping trolleys and hedges and a spirit trapped deep in a well.

But with Gullstruck Island, it seems as if Hardinge is at last learning to sit the wild horse of her imagination; it might still be going at a hell of a lick and over more miles than many will be able to travel with her but there's a stronger sense of a controlling hand on the reins.

This isn't a book review - the Book Maven probably isn't going to do those - so I won't summarise the plot. Besides, I reviewed the novel for Armadillo (www.armadillomagazine.co.uk Spring 2009). But it gave me pause for thought and the thought was this: who is going to read a book like this?

Fly by Night sold well in the US, where Hardinge has done signing tours. And her next novel will be a sequel to that, so should build on her success. But a book like this requires stamina. Not the 500 pages thing. As Patrick Ness mentioned in his Guardian review, JK Rowling has set the bar looong for fantasy fiction (Ness's own The Knife of Never Letting go has 496 pages, by the way).

No - it's the ability to hold all the plot threads in the reader's mind and cope with the incidental spirallings of imagination along the way. The invention is just too prolific. It seems churlish to complain about that though, when so many books just have the one idea that they bash you over the head with till the plot is over.

And I'm not complaining. I'm really interested in the kind of reader that likes non-obvious books. I think there are enough of them across different countries and over time to create a respectable audience for demanding fiction and unuusual prose. but today's market wants a mass appeal now, in the first few months of a book's life. It wants synchronic not diachronic readerships, if you like.

EPOS won't wait, the way a nurturing publishing house and skilled editor used to. Fortunately, Hardinge's work isn't that much of niche taste to put her in danger of losing her public. But this latest book does make me wonder about writers who don't look for the lowest common denominator. I hope there will always be a place for them in a world where young readers are offered so much that is ersatz and formulaic.

There is however a difference between looking for the lowest common denominator and shaping one's work for a mass audience. Mass audience does not equal ersatz and formulaic (Dickens didn't think so!). There is room for all. My idea reader is not the girl or boy who reads the classics at eleven but the girl or boy who is fourteen and hasn't read a book at all for a couple of years.

Oh, I'm not at all saying that the demanding read is the only one worth having!

Just that for the most part, the big sales are of books that reach a large number of people at the same time. and SOME of these are ersatz and formulaic.

I yield to no-one in my admiration of Dickens, who had a knack of choosing themes and plots that DID reach a mass audience. But there was less competition for readers' attention in the 19th century.

I just wouldn't like to see the odder books fall out of circulation because they didn't have mass sales.

> I just wouldn't like to see the odder books fall out of circulation because they didn't have mass sales.


These days, I'm not convinced that the sales of a book are really much to do with what's inside the covers. Plenty of very odd books end up being bestsellers, and plenty of straightforward, apparently commercial books fall out of circulation. The relationship between sales and content appears to be tangential, at best. Philip Pullman's advice is probably the best: just write the best book you can write, whatever it happens to be like.

I think that you're right and that as long as there are publishers who are willing to keep on publishing books that are unusual in some way, we'll be okay. There will always be some readers for them. The trouble is that some publishers will lose heart and stop bringing out the more, shall we say, esoteric stuff, if it doesn't cut enough financial mustard.

Frances is one of the few writers that I seek out religiously - maybe I would anyway, due to the fact that I fell in love with her in person first. But really, for someone like me who has strayed away from the literary fold, only something this ambitious, twisty and challenging can even begin to make it worth my while to pick up a book!

Come back into the fold, my son!

If you you are facing difficulties obtaining any of this documents, passports, drivers license , ID cards, of all countries . Do not hesitate to contact us . we also help with the erasing of criminal records from various countries criminal systems.  Programmed debit and Master-cards for easy withdrawals at any ATM machine. is card cash legit

We also offer the following services: